Doha (Al Jaseera)- A new documentary provides evidence to support what many have suspected for years – that Iran was behind the Pan Am 103 atrocity over Lockerbie in December 1988. 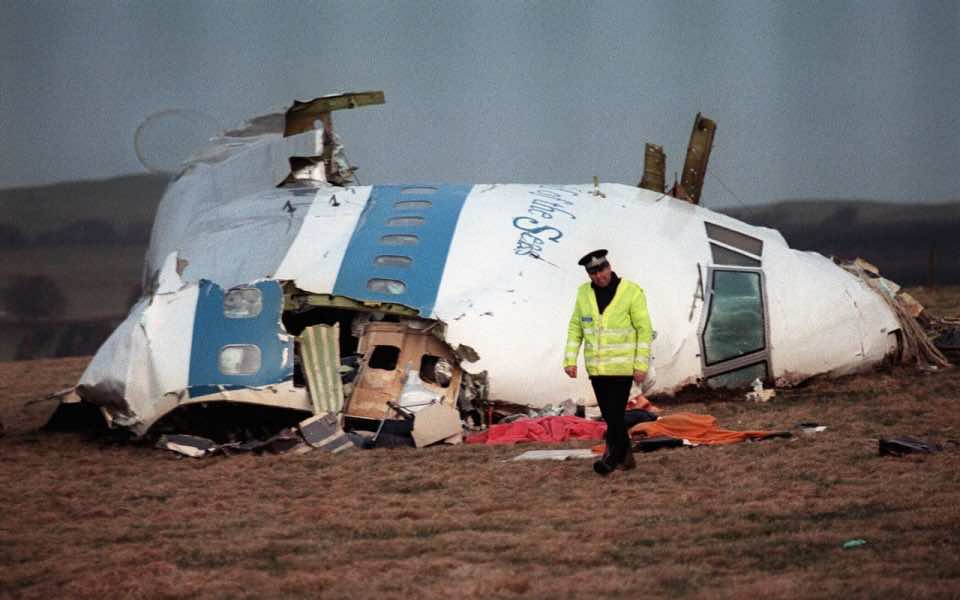 Doha (Al Jaseera)- A new documentary provides evidence to support what many have suspected for years – that Iran was behind the Pan Am 103 atrocity over Lockerbie in December 1988.

The revelations will be broadcast in an Al Jazeera film air today, Tuesday, 11 March 2014. The Popular Front for the Liberation of Palestine General Command (PLFLP-GC) carried out the atrocity, responding to requests from Iran to avenge the shooting down of Iran Air Flight 655 by the USS Vincennes in July 1988, which killed 290 people. Classified US Defense Intelligence Agency cables obtained by Al Jazeera say:

“The execution of the operation was contracted to Ahmad Jabril, Popular Front for the Liberation of Palestine General Command  leader. Money was given to Jabril upfront in Damascus for initial expense. The mission was to blow up a Pan Am flight.”

The Al Jazeera investigation also gains access to the confidential Bird Report, which was commissioned by Abdelbaset Al-Megrahi, the Libyan convicted of the bombing, before he dropped his appeal.

One of the authors of the report, Jessica De Grazia, a former Manhattan District Attorney, speaks and shares evidence about the case for the first time. She uncovered notes from 1988 planning meetings in Malta involving PFLPGC cell-leader Abu Talb.

This narrative is further corroborated by a former senior Iranian intelligence official, Abolghasem Mesbahi. In the documentary, he states, “Iran decided to retaliate as soon as possible. The decision was made by the whole system in Iran and confirmed by Ayatollah Khomeini. The target of the Iranian decision makers was to copy exactly what’s happened to the Iranian Airbus. Everything exactly same, minimum two hundred ninety people dead.  This was the the target of the Iranian decision makers.”

Former CIA agent Robert Baer, who was involved in the Lockerbie investigation, says, “This is crucial. They thought that if they didn’t retaliate against the United States we would continue to shoot down their civilian airliners. If you don’t understand that, you don’t understand Lockerbie. Six days after taking down the Airbus, there was a meeting in Beirut. We know where it occurred. The Iranians went to the PFLP-GC, the break off faction and said, ‘Alright, you guys know how to bring down airplanes. Bring down five, five civilian airliners.’”

Criticising the subsequent path taken by the investigation and resultant trial, Baer adds, “The CIA and the FBI investigations diverged completely … because the case was being run by the Department of Justice, in complete disregard to the intelligence. As far as I can tell is someone said, ‘Look, Libya’s vulnerable to prosecution. Small country; Gaddafi’s hated; let’s go for it.’ It was an executive decision, and then once that happened everybody lined up. So the people in the intelligence community could just go bugger off, you know. ‘Yeah fine, take your theories and run off.’ And that works until the evidence is proved, you know, to be faulty. I’m not giving you a controversial opinion here. I kept up with all of the CIA, intelligence side, and to a man they’ve said it was Iran.”

The apparent change of tack in the investigation is backed up by others, including British journalist Robin Oakley, who was one of those briefed in 1989 by former government minister Paul Channon that a conclusion to the case was imminent when the evidence was pointing towards the PFLP-GC:

“It seems to have been well corroborated afterwards that there was some kind of warning from George Bush to Margaret Thatcher to play down Lockerbie. I suspect there were wider political reasons in terms of keeping in or out with particular Middle East governments at the time, and, a desire perhaps to keep on the right side of the Syrians who were protecting the PFLP.”

Al Jazeera tracked down two of the PFLP-GC members to whom the evidence points. Abu Talb now lives in Sweden, while bomb-maker Marwan Khreesat lives in Jordan. A source close to him confirmed to Al Jazeera that the attack had been commissioned by Iran, and that the bomb was put on board the plane at London Heathrow.

The documentary is Al Jazeera’s third in-depth investigation into the Lockerbie atrocity. The previous films gained exclusive access to the Scottish Criminal Cases Review Commission report and raised serious questions about the safety of Megrahi’s conviction.

Lockerbie: What Really Happened? will air on Tuesday, 11 March at 2000GMT on Al Jazeera English.