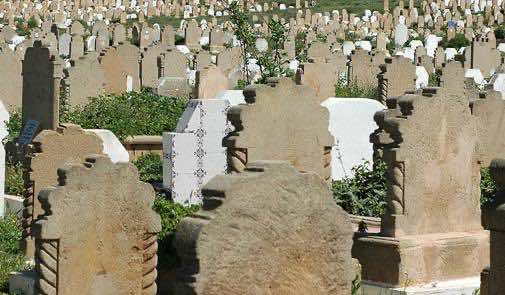 By
Mona Badri
-
Mona Badri graduated from King Fahd School of Translation with a Master's degree in Translation.
Mar 11, 2014

Eabat- A sixty- year- old gravedigger was caught disentombing a grave after being bribed on Thursday night in the Bab Dekkala Cemetery in Marrakech, according to Al Massae.

A person who wanted to bury his family member closer to another acquaintance asked to buy the nearest grave for a large sum of money. The man did not hesitate to dig up the grave of a newborn that happened to be the closest.

“He was caught by a friend who could not tolerate such an act and immediately called the police after failing to convince the old man of forgetting the deal,” Al-Massae reported.

From Marrakesh to Rabat, disentombing graves has continued to irritate people as a company has begun construction in the Sidi Kasem Nadori Cemetery in the Suisi neighborhood in Rabat.

The population of the Douars in Suisi also strongly protested a project to renovate the capitals’ cemeteries that has uncovered some tombs.

During a session held by a community council, local authorities asked Governor Abd Elouafi Leftit of Rabat to start investigating the issue.

According to the same source, Mr. Leftit said that “the company did not have any legal authorization that limited the field of constructions. The ambiguous way through which it divided the land is suspicious.”