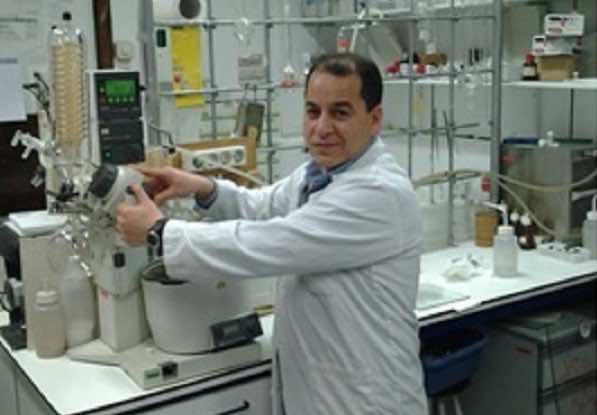 By
Mona Badri
-
Mona Badri graduated from King Fahd School of Translation with a Master's degree in Translation.
Mar 12, 2014

Rabat– Abdel Ouahid Samadi  grew up as an ordinary person and  faced the same hardships as other Moroccans from the lower middle class. He was born into a family of farmers and shepherds and ended up as a scientist.

According to Al Massae, Mr. Samadi invented a medicine to cure Alzheimer and Parkinson’s disease at the medicinal chemistry lab in the Organic Chemistry Institute of the National Council for Scientific Research in Madrid. He obtained seven patents and became a leader of the best Spanish experts at the supreme council for scientific research in Madrid.

In a very small village in Morocco, his school was three kilometers away, a journey Samadi would indulge in on a daily basis with only bread and olives in his pocket.  As a child, he received significant support from his family, who believed in his dream to continue his studies. At an early age, he made the decision to leave the village and look for a better future in Tangier.

Through all the hardships he faced, Samadi managed to obtain his high school diploma in 1990 and then went to the city of Tetouan for a Bachelor’s degree in chemistry. In 1998, he obtained an in-depth higher education degree from the University of Valencia. In 2001, he received his Ph.D from the Polytechnic University. In 2002, he was granted the Fellowship Cuire Marie by the European Union for two years. In 2004, he returned to Madrid to work in the Institute of Organic Chemistry (CSIC) with Professor Jose Luis Marco and a team of scientists to find a cure for Alzheimer and Parkinson’s disease.

Samadi revealed the magic potion of his success in very wise words: “ I would not be where I am now without hard work, perseverance, seizing opportunities, being far sighted and showing respect for everybody else.”

Samadi had a mission and a duty to accomplish and that was to find a cure for Parkinson’s disease. The idea haunted him for 16 years. As a scientist whose father suffered from Parkinson’s, he was driven by both personal and humanitarian motives to find a cure. After three years, he invented a medicine named “234ASS” and patented it under the following symbol: “Brevet International: WO2011113988/2013.”

However, Samadi humbly adds that this is not the final medicine for the disease. Alzheimer evolves at different stages and ends up with complete memory loss which necessitates a long time to be treated.

In addition to eight  international patents and others from Europe and Spain, he took part in 38 international conferences as a lecturer. He also worked as an editor for many scientific works.