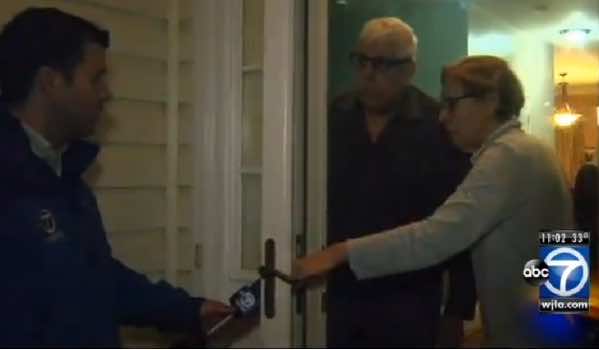 By
Larbi Arbaoui
-
Larbi is a freelance writer and assistant editor at Morocco World News.
Mar 12, 2014

Taroudant, Morocco- According to ABC7  video published on YouTube March 5, a former couple of Moroccan diplomat kept a Moroccan housemaid in their house in Alexandria, Virginia, USA for three years.

The defendants Abdelkader and Hnia Amal, who are reportedly husband and wife, faced charges of immigration offenses and “each charged with one count of alien harboring for commercial advantage and private financial gain,” according to the same source.

Accused of multiple immigration crimes, they brought their alleged victim from Morocco, and promised to pay her $400 a week.

However, according to her account, “she was only paid $9,000 over a period of three years.”

Surprised by this alleged case of human trafficking, J.D. Walker, one of the neighbors interviewed by the TV said, “We never saw her, ever.”

“I’m a little shocked, a little embarrassed,” and “I’m on the board of directors here for this homeowner’s association and this was going on right under my nose,” the neighbor added.

The same source added that the couple “could face a statutory maximum sentence of 10 years in prison and a $250,000 fine if convicted.”

But Miriam Amal, the daughter of the couple said that the alleged victim “is not saying the truth.”

She noted that her parents treated Fouzia Haddag, the alleged victim, “like a family member.”

According to Miriam’s account, after Fouzia’s three-year visa expired, her employers asked to go back to Morocco to apply for a new visa and come back.

But Fouzia started allegedly to use “desperate exists to stay”, according to ABC7 reporter.

Miriam said that Fouzia was ready to do whatever that would allow her to stay in the United States, including a fake marriage.

“The only thing that she wouldn’t do is get on the plane and go back to Morocco,” she noted.