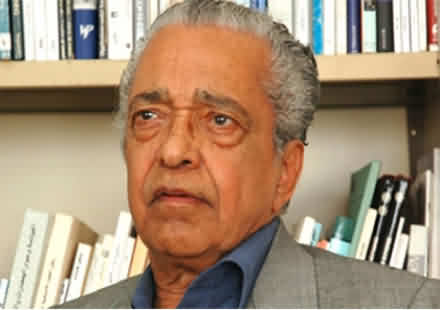 By
Mona Badri
-
Mona Badri graduated from King Fahd School of Translation with a Master's degree in Translation.
Mar 13, 2014
Spread the love

Rabat – Some Moroccans are using social media to honor famous intellectuals who had been ‘put on the shelf’ in Morocco.

Over the centuries, Morocco has produced citizens who have excelled in many different fields. While some of them were lucky enough to gain recognition in their own country, others have had to wait for honors that may never come about. Therefore, many scientists, men and women of letters, intellectuals, and others have chosen to pursue their dreams abroad rather than remaining in a country that did not value their achievements!

Moroccans are used to hearing about their intellectuals being honored abroad, understanding that other countries celebrate their success and achievements better. Many have written about the fact that Morocco does not celebrate its citizens’ expertise until they hear their names in foreign media or read about their achievements in international magazines.

However, many Moroccan youth today represent a new sort of impressive power, taking advantage of all available resources to think outside the box and produce changes in their own society.

Following the example of the revolutionary role that social media played in the Arab Spring, Moroccans are back on track for an intellectual revolution. Many young Moroccans have humbly decided to publicly acknowledge the giants on whose shoulders they are standing.

In this vein, youths created a Facebook page, “Together to Honor Mahdi El Mandjra,” calling Moroccans to acknowledge and honor the writer, futurist, economist, and sociologist. He held very important positions in significant academic institutions and NGOs in Morocco and abroad, such as University Mohammed V, UNDP, and UNESCO. He has produced many publications and over 500 articles in the humanities and social sciences. He was honored and decorated in different parts of the world, including Jordan, France, and Japan.

The individuals behind this initiative provided a description of El Mandjra’s contributions and eye-opening theories. El Mandjra is one of the most accomplished scientific personalities that has not received due credit, as his name was ‘put on the shelf.’  “However, as we are young and intellectual we will never forget it. We wish him a quick recovery,” reads a statement on the Facebook page.

The same source added that this page is “a call to recognize intellectuals, writers and important figure who offered their best to benefit humanity and their country.”

El Mandjra’s outspoken character, with which he voiced his intricate analysis of situations, was censored and Moroccans had limited access to his publications.