ALGIERS - Algeria's new premier, former energy minister Youcef Yousfi who was tasked on Thursday with heading the government ahead of next month's presidential election, is an experienced technocrat and regime loyalist. 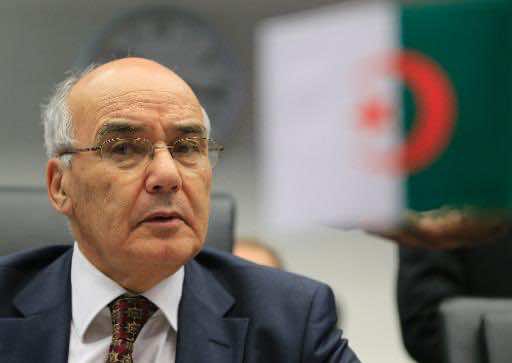 ALGIERS – Algeria’s new premier, former energy minister Youcef Yousfi who was tasked on Thursday with heading the government ahead of next month’s presidential election, is an experienced technocrat and regime loyalist.

The 73-year-old engineer was appointed after his predecessor, Abdelmalek Sellal, resigned to head the re-election campaign of President Abdelaziz Bouteflika, who is seeking a fourth term despite pressing health problems.

Yousfi, who comes from the city of Batna southwest of Algiers, began his career as an academic after earning a doctorate in physics in France, having obtained degrees in economics and engineering.

The new prime minister has served twice as energy minister, including during the bloody hostage siege by jihadist militants at the In Amenas gas plant last year, and once as foreign minister, as well as heading the state energy giant Sonatrach.

After the In Amenas crisis, which left around 40 foreign hostages dead and shattered the image of untouchability surrounding Algeria’s key energy sector, Yousfi pledged to beef up security at oil and gas sites across the country.

He is seen as a reliable member of the regime, having never opposed its economic and foreign policies.

Yousfi joined Sonatrach in the 1970s, becoming director in 1985, but his political career took off the following decade when he was named chief of staff of Liamine Zeroual, Bouteflika’s predecessor.

Elected to the national assembly and appointed energy minister in 1997, he then served as foreign minister for a year shortly after Bouteflika’s election in 1999.

He spent most of the following decade in senior diplomatic postings, including to the United Nations.