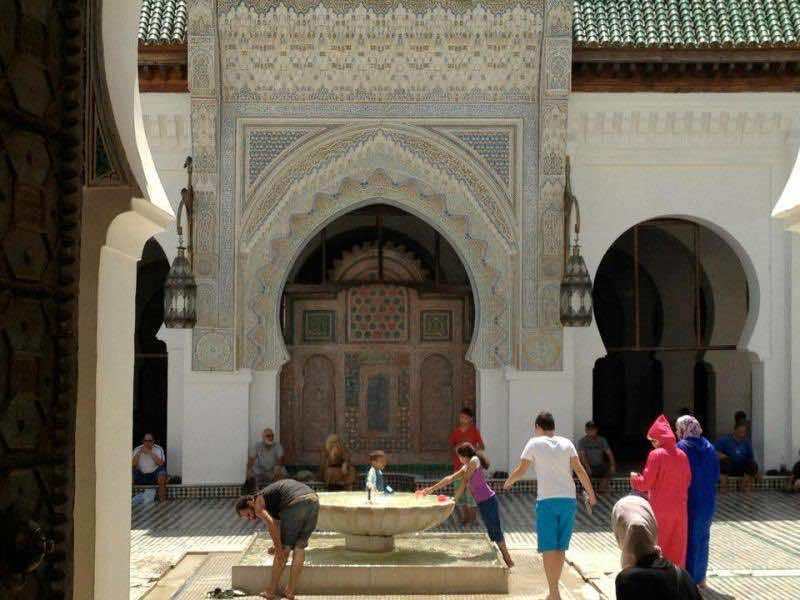 Casablanca- Polish people drink vodka to warm up during the winter. Women wearing hijab on their heads are suspicious. Spaniards are the best lovers. Arabs are terrorists. And so on and so forth… There are plenty of false stereotypes about each nation, religion or subculture.

When I moved to Morocco friends asked me many, sometimes grotesque, questions. There is nothing wrong about it, the more you ask the more you know. I’m here to clarify some things for you.

Why are you so pale?

Well, yeah Morocco is an African country. For an average European the Sun in Africa shines 24 per 7 per 365. During the night also, I bet. I came here with my suitcase stuffed with summer clothes, flats and slippers. No socks. No jackets. No warm sweatshirts. Wrong! It does rain here, seriously, it even snows.

When I went to Poland for a week in December, the first question my friends and family asked me was “why are you so pale?” For them it was obvious that I would be brown like chocolate because I live in Africa. So the answer to this question is: I am pale because I don’t spend my whole day on the beach. I don’t stay outside the whole day. And the sun shines here most of the year, however not all the time.

I have to disappoint you. No, they don’t. The majority of Moroccan girls dress like Europeans. Morocco is not Saudi Arabia. Moroccan fashion is as diverse as the United Nations. There are some batman-style fans, there are women wearing burqa, very few wearing niqab. The vast majority of Maghrebi females wear either simple veil on their heads or nothing at all. To your surprise, if you go to certain districts in big cities (such as Ain Diab in Casablanca) you’ll find seductive women wearing super-short miniskirts, super-sexy high-heels, super-open blouses and super-tight dresses.

Poor people, no alcohol there?

This is false. Moroccans are leaders when it comes to the production of alcohol in Arab countries. There are many types of wines (to my surprise, I saw grey wine also) to choose from and quite many kinds of beer. You will also easily find Russian or Polish vodka in the supermarkets. However, the price is like in Western Europe.

A place in France?

According to some people, Morocco is in France. Paradox? Well, I bet it is because they get easily confused between Morocco and Monaco. So, to make it clear: Morocco is a country in the North Africa.

This is my favorite one of all time. Thank your media for brainwashing you. What you see on TV is what they want you to see. The reality is different. Moroccans can terrorize you with their kindness, curiosity (sometimes overwhelming) and hospitality. But again, let’s not generalize in the other direction now. Generally, they are open, cheerful and nice people but- like everywhere in the world- you will find narrow-minded people with no life who interfere in the business of others. So to make things clear: better come here and see how people are. They are certainly far from being terrorists.

Few days ago my grandmother asked my mother: “so her phone works there? But she is not wearing this thing on her head?!” and many other silly questions. So: people here ride donkeys, Porshe, Fiat, damaged motorbikes, Mercedes. They ride camels also, but in the desert. Morocco offers a huge variety of means of transport to choose from.

I once talked to a man from the United States. The first question he asked was: “so do you have Internet in Poland? I thought it was a communist country!” This and many other stories are the result of human’s ignorance and lack of willingness to learn something new, discover a new culture. That’s what Muhammad said: “Don’t tell me how educated you are. Tell me how much you’ve travelled”. Pack your suitcase and go on a journey, now.