Rabat- Russian Football Union officials announced that Russia will play a tune-up match against Morocco ahead of the 2014 FIFA World Cup in Brazil. 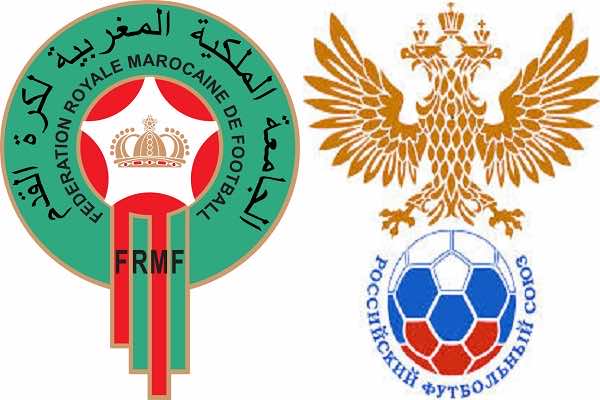 By
Aziz Allilou
-
Aziz Allilou is a student at the Higher Institute of Media and Communications (ISIC) and Morocco World News correspondent in Rabat.
Mar 15, 2014

Rabat- Russian Football Union officials announced that Russia will play a tune-up match against Morocco ahead of the 2014 FIFA World Cup in Brazil.

Rounding off their World Cup preparations with friendly matches  Russia will play three matches against three national teams, including Morocco, in June in Moscow.

In a phone interview with Yonhap News Agency on Friday, an official with the Football Union of Russia said the team will host Slovakia on May 26th at a yet-to-be-determined venue, travel to Norway for another match on May 31st and return to Moscow to play Morocco on June 6th.

Russia has been paired in H group alongside Algeria. Coach Fabio Capello chose to play Morocco because is  style is similar to Algeria’s.

The latest FIFA rankings show Russia has moved up three places to 19th, while Morocco has lost three places and is ranked 77th.