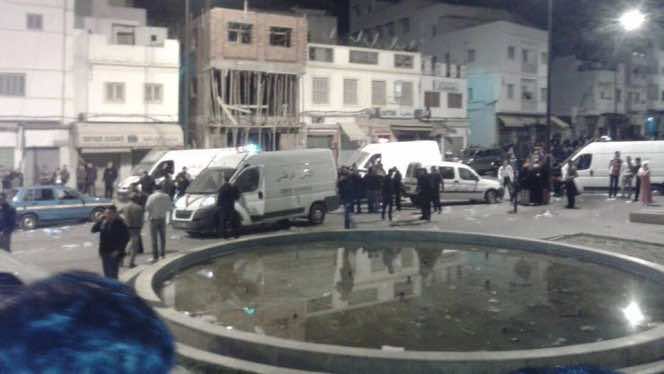 By
youssef sourgo
-
Youssef Sourgo is currently a Master’s student in Linguistic and Literary studies at Ain Chok Faculty of Letters and Humanities.
Mar 15, 2014
Spread the love

Casablanca- Is Tangier becoming the nest of crime in Morocco? A violent gunfire exchange erupted between the police in Beni Makada, a neighborhood in Tangier, and armed drug dealers on Saturday night.

According to news website Le306, Beni Makada neighborhood in Tangier witnessed a violent gunfire exchange between the police and a group of drug dealers.

Three police officers were reportedly injured during the gunfire exchange, according to the same source.

This was not the first time that Tangier witnesses such crimes. In February 2014, a bank truck was attacked by four suspects, who left behind two injured security guards after they had robbed MAD 7.5 Million.

After shooting the two guards, the four suspects ran away in a fast car after they had stolen MAD 7.5 million.

A video camera inside the bank captured the robbery that took place outside, showing the suspects attacking the two bank guards and robbing the money truck in broad daylight.