Fez - The Alif Riad, Batha in Fez hosted a musical concert on Saturday, co-organized by the Student Ambassadors for Peace Club and the American Language Center, where laughs and peace reigned in a joyful atmosphere. 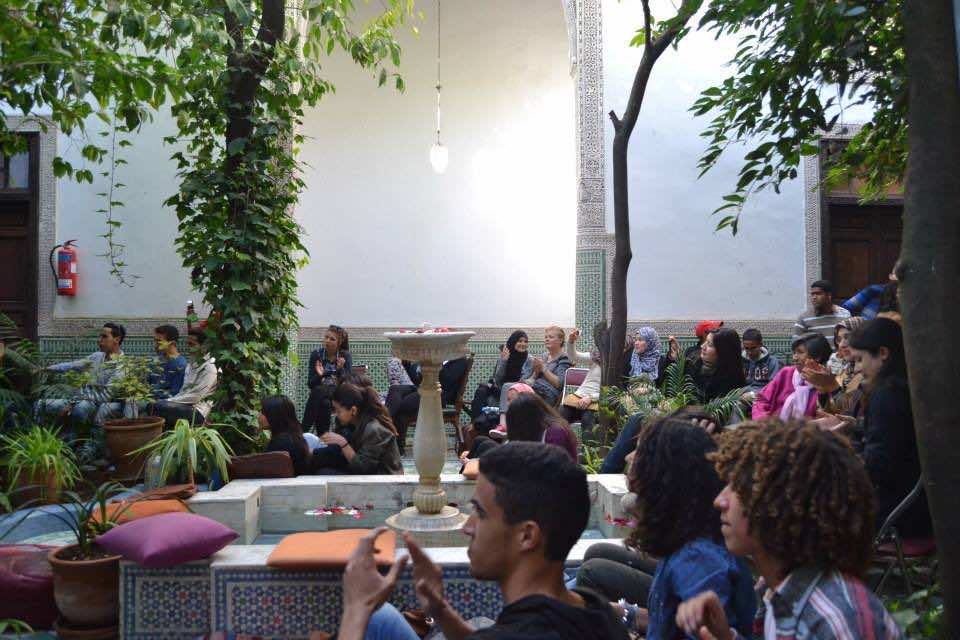 By
Adnane Bennis
-
Adnane Bennis is a national of Morocco, obtained his Bachelor’s Degree in Computer and Information Science from East west University in Chicago.
Mar 16, 2014
Spread the love

Fez – The Alif Riad, Batha in Fez hosted a musical concert on Saturday, co-organized by the Student Ambassadors for Peace Club and the American Language Center, where laughs and peace reigned in a joyful atmosphere.

The Riad, an old refurbished house, located at the heart of the Medina in the Batha Neighborhood, was packed with music lovers and ‘young ambassadors for peace’ of all ages. Moroccans and Americans rocked the house with chants and applause to show their love for the musical performances and support for this initiative to help Syrian families suffering from destitution and trauma.

Through smiles, handshakes, and hugs, simple gestures of appreciation, the concert took the audience into a different realm, a dimension of peace and serenity, away from stress and hectic routines. It was a refuge for residents to leave their daily problems and embrace a spirit of solidarity. 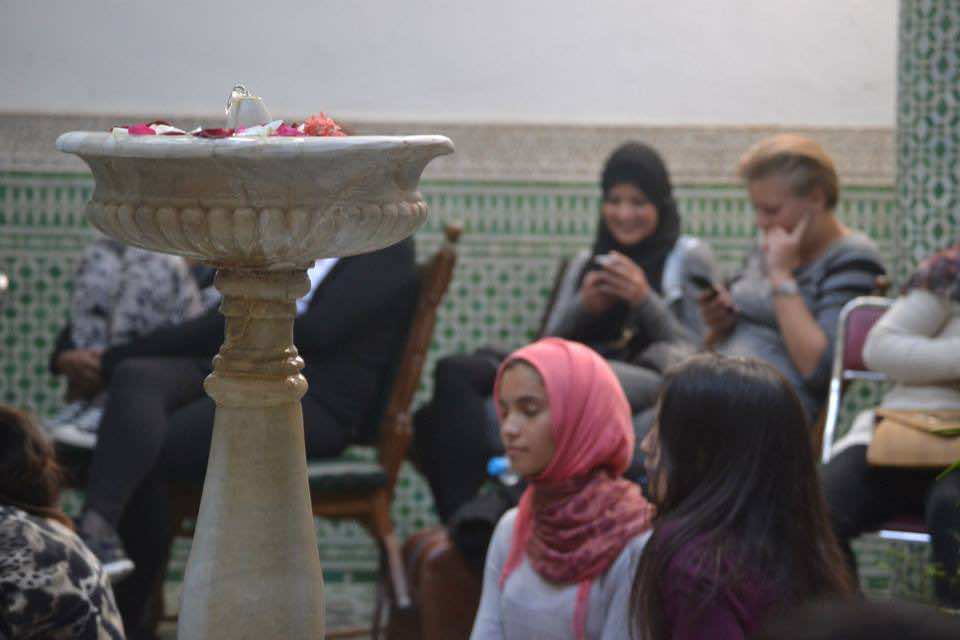 In her speech to thank the attendees of the event, Miss Rania Mjahed, the president of Student Ambassadors for Peace, highlighted the importance of volunteer work as a key element to rekindle the spirit of cohabitation in the city and strengthen the bonds among its residents.

The concert succeeded in gathering a large number of high school and university students who are relatively neglected in Fez due to the lack of youth activities designed to capture their curiosity, enrich their experiences, and offer them opportunities to grow, thrive, and discover the world. “We have decided to help them [the Syrians] through this musical concert rather than organizing a different charity event because music appeals to Moroccan youth,” said Miss Mjahed. 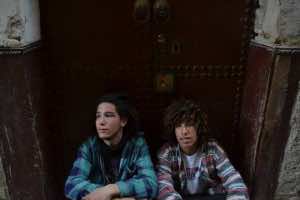 Many people blame Moroccan youth for their lack of enthusiasm and readiness to participate in volunteer initiatives. “Nowadays, young Moroccans are more involved in social media, Facebook and YouTube, than in the real world. This is a threat to our future. They have to socialize and interact with reality and try to change this new unhealthy habit,” a teenager told me.

However, small initiatives like musical concerts can change this lack of involvement and provide hope that teens are also ready to add value to their society. Miss Raniya Mjahed said that “To make the youth involved in civic initiatives and charity campaigns, we thought of initiating this cultural event to raise awareness and revive the concepts of volunteerism, philanthropy, sharing and caring for those who are vulnerable and collect a sum of money for some Syrian families in Fez.” 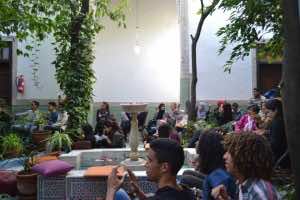 The Student Ambassadors for Peace Club expressed their willingness to expand their activities and reach out to other immigrants, including the sub-Saharan immigrants who currently reside in Fez. “Why do we help Syrians in particular and not others like the sub-Saharan immigrants, because the latter come to Morocco by choice. They come here to either study, look for a better opportunity, do business or to cross to Europe. Whereas Syrians are forced to leave their country, we know a lot of Syrian refugees who were rich, but due to the Syrian civil war, they had to leave everything  behind to save their lives and the lives of their loved ones,” they said.

Because soft skills and social entrepreneurship are widely lacking among students in the city, the club showed their determination to embark into new areas of civic activism. “In the next three months we will be organizing workshops in media awareness, music concerts and cultural lectures to give our youth an opportunity to learn and interact with others, showcase their talents and be involved in matters that concern us,” The Student Ambassadors for Peace Club said.