Casablanca - CNN Arabic devoted a section on its website to introduce Morocco’s First Lady, Princess Lalla Salma, by displaying some of her photos at different events.

By
youssef sourgo
-
Youssef Sourgo is currently a Master’s student in Linguistic and Literary studies at Ain Chok Faculty of Letters and Humanities.
Mar 17, 2014

Casablanca – CNN Arabic devoted a section on its website to introduce Morocco’s First Lady, Princess Lalla Salma, by displaying some of her photos at different events.

Entitled “We chose for you,” the section on CNN Arabic’s website published on Sunday a number of photos of Princess Lala Salma, taken on various formal, familial and charity occasions. 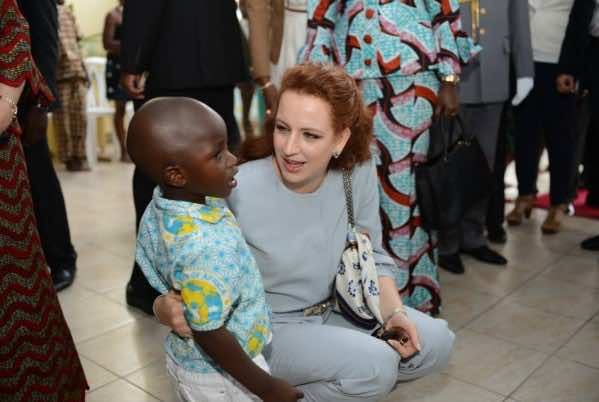 Many American websites, with particular interest in the Arab World, have shown interest in Princess Lalla Salma, because of her prominent involvement in many philanthropic activities, especially in the fight against cancer.

The Princess has recently attended a charity dinner in Ivory Cost, organized to raise funds for the construction of a hospital for children and women.

The Princess had also been chosen “most inspiring woman” for Arabs in a poll organized by the Washington-based Radio Sawa, on the occasion of the International Women’s Day. According to Radio Sawa, among the 10 Arab women, Lalla Salma garnered the votes of half of readers who participated in the poll.

Princess Lalla Salma is also known for her faithfulness to Moroccan traditional attire the Caftan, especially when attending international events. Considered by many Moroccans as the Ambassador of Moroccan women’s elegance, Princess Lalla Salma has played an important role in introducing the Moroccan Caftan to the rest of the World.