Goulmima, Morocco - Laila Abouzeid is the first female Moroccan author whose works are translated to English. 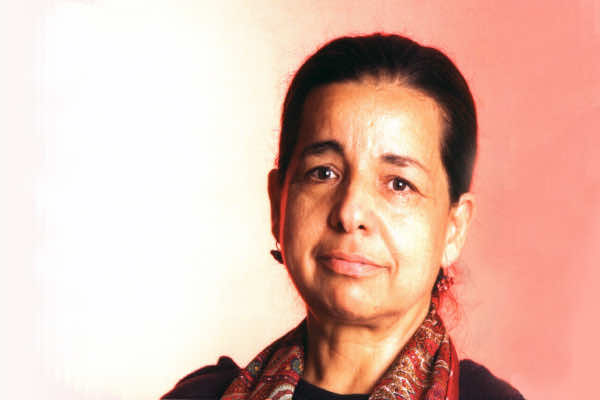 By
Mona Badri
-
Mona Badri graduated from King Fahd School of Translation with a Master's degree in Translation.
Mar 17, 2014
Spread the love

Goulmima, Morocco – Laila Abouzeid is the first female Moroccan author whose works are translated to English.

Though an expatriate of her own country, she is one of the icons of Moroccan literature. As a woman who lived in post-colonial Morocco, Laila Abouzeid contributed to Moroccan independence by resisting French “intellectual colonialism” in a unique way.

She was privileged to receive a BA in English studies from Mohammed the 5th University in Rabat and she also studied at the University of Texas. She worked as a writer and translator then decided to express her voice through different dimensions; a world to which only the media could open the door to. Subsequently, she became a journalist on the National Radio Channel.

Usually, acquiring a new language makes expressing ideas and voicing opinions and feelings that sound awkward in your native language easier. However, Leila recognized this as “cultural appropriation” and defied the colonialists’ attempt to deprive the country of one of its official languages, namely Arabic.

Laila’s radio shows were streamed in Arabic. Despite her Anglo-Saxon background, she chose to use a language that would make colonialists roll over in their graves. Not only did the use of Arabic in her radio show demonstrate Laila’s explicit resistance to the legacy of colonialism, the translations and the works she referenced were exceedingly provocative. In fact, a very famous translation of Laila’s was Malcom X’s autobiography which she translated from English to Arabic.

Laila developed a caliber of writing that urged her to write her own works in Arabic and abstain from expressing or alluding to the French language, despite her fluency in it. She had her personal reasons to despise French as she explicitly explained in one of her famous books “The Last Chapter”. She notes that she did not choose to learn French and that her country and father were tortured by the French.

Her education and social status elevated her to the voice of Moroccan woman in then-conservative and patriarchal Morocco. Her works overwhelmed various fields especially those dealing with contexts of identity, Islam, gender… After independence, Morocco was pictured in “The Year of the Elephant” as a lost woman on a rebound after a devastating divorce. In the 50s and 60s, Morocco’s real identity was torn between finding the “who” and detaching from the “other”.

A prominent woman like Abou Zeid has a limited audience among Moroccans. If she were to write in French like many other Moroccan writers who adopted the language of the colonizer, maybe then she could become famous; her books included in curricula and libraries would introduce a variety of her works to Moroccan readers.

Do you know Laila Abouzeid?

Far too many statements ignore or provide a shallow description of this writer. However, the response of Ibtissam El Azrak triggered an unplanned and spontaneous interview. Ibtissam El Azrak is a Fulbright Foreign Language Teaching Assistant from the city of Al Hosseima, Morocco. As a teacher, she maintains close contact with foreigners who study Arabic in Morocco and who are interested in Moroccan literature. Introducing female Moroccan authors who write in Arabic and whose works are translated in different languages is something to be proud of, and Ibtissam shared a part of her experience with MWN about Laila Abouzeid’s work through the eyes of her American students.

MWN: Do you know Laila Abouzeid?

MWN: Have you read any of her books?

MWN: Can you describe her style of writing in few words?

Ibtissam: I read her books in Arabic and her language is so easy. She wrote a lot of stories. There are some that I liked and some that I didn’t. I liked her novel “”Al Fassl Al Akhire(The Last Chapter) where she focused on women in our society. I remember one of her short stories in Al Moudir” (The Director) where she talked about Hijab. I was more interested in stories about women because it was the theme I was teaching.

MWN: Do you think she is an eminent writer who is marginalized and forgotten in Morocco?

Ibtissam: Every writer is forgotten in Morocco.

MWN: How do you explain the fact that many of her works were translated into English and other languages? It means that she is famous abroad at least!

Ibtissam: They read her work at some universities in the US because we don’t have a lot of female writers and whenever they find a Moroccan woman who writes they want to read her point of view on her society. And she chooses a lot of issues that Westerners like. For example, hypocrisy in our society, being a woman in Saudi Arabia, the veil, Palestine…etc

MWN: Did she have any impact on her country? What do Americans think about her?

Ibtissam: She is not really known in Morocco because in general people don’t read a lot in Morocco. And Americans discovered her when she translated Malcom X’s biography. My students liked her especially that she wrote about America “Al Wajh Al Akhar li America (The Other Face of America)” … it is human and I think you like to read what others think about you. As an LCF with Peace Corps, I really liked what Jaclyn wrote about Moroccans in her articles on Morocco World News. Jaclyn used to be my Peace Corps Trainee for three months in a village near Fes.

MWN: As a Moroccan female, do you think Laila Abouzeid represents you?

Ibtissam: Not really, I don’t feel so in a lot of ways because I hate the “horrible” image that we portray about our society. But you want to “sell” what people want to read, especially to the Europeans and Americans.

MWN: Do you think her ideas are still valid today?

Ibtissam: Yes, everything can apply to today’s life… I liked the…the… yes, the sarcasm!

MWN: There are other Moroccan writers, who criticize Moroccan society, for instance Mernissi! But both seem to have different audiences?

Ibtissam: Mernissi is good as a writer. She is deep. I have read her books and they are really deep. Laila Abouzeid’s stories are shallow. In other words, she “touches” the issue without daring to go deeper analyzing it. That’s my point of view of course!

MWN: Do you have any recommendations concerning Laila’s work? Do you think she deserves to be known?

Ibtissam: I recommend her short stories more than her novels. I believe that every “good” writer should be known but what is good for me may not be good for you and vice versa. Since we don’t have female writers, it is good to encourage these few women who still have the courage to write.