Casablanca- After insulting remarks made by anti-immigration politician Geert Wilders about the Moroccan community in the Netherlands, Dutch Moroccans have responded with a selfie campaign that has emerged on all social platforms. 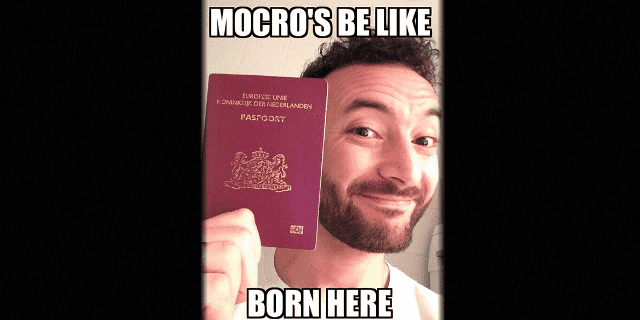 Casablanca- After insulting remarks made by anti-immigration politician Geert Wilders about the Moroccan community in the Netherlands, Dutch Moroccans have responded with a selfie campaign that has emerged on all social platforms.

I see Dutch Moroccans everywhere promoting the #bornhere campaign. No one should feel unwelcome in their own country ??

The pictures posted show the ‘Mocro’ contributors with their red passports as an indication that they are as Dutch as the rest of the community. The campaign uses the Hashtag #BornHere.

On Facebook, a group under the title “Mocro’s Be Like, Born Here” has a attracted over 7100 likes so far. The group posted hundreds of selfies of Dutch Moroccans holding their European passports or pictures of their passport with various Moroccan artifacts to affirm their Moroccan origins.

To refresh the incident, Geert Wilders, the leader of the right-wing Freedom Party who is renowned for his hatred of Islam, made racist anti-Moroccan remarks at a campaign rally. Addressing his proponents, he said, that they should vote “for a city with fewer problems, and if it’s at all possible, fewer Moroccans”.

To add insult to injury, Wilders added that “Moroccan scum” should leave the Netherlands, and that Moroccans were over-represented in crime statistics and in the number of people receiving social assistance.

This urged Dutch Moroccans to express their indignation and confirm their belonging to both Morocco and the Netherlands, in a remarkably civilized manner.