Marrakech - Today, Friday March 21st, was the first day of a new Moroccan campaign called “I’m not called Azzi” –Azzi meaning a dark skinned person in Moroccan Arabic- which was organized for the first time ever to sensitize people on the importance of tolerance and fighting racism in Morocco. 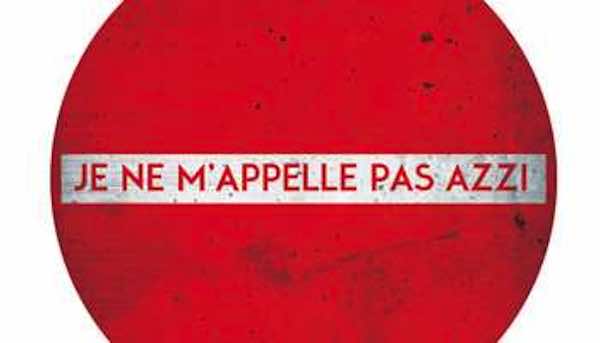 Marrakech – Today, Friday March 21st, was the first day of a new Moroccan campaign called “I’m not called Azzi” –Azzi meaning a dark skinned person in Moroccan Arabic- which was organized for the first time ever to sensitize people on the importance of tolerance and fighting racism in Morocco.

Morocco is known to host different racial groups who, most of the time, co-live without any confrontation or issues. Generally speaking, Moroccans are famous for their hospitality and open mindedness. However, the campaign mentioned above wouldn’t have been launched if there weren’t a large number of people who feel offended by others’ racist comments and stares.

In Marrakech for example, you would hardly ever notice a sign of racism towards a dark-skinned person. This may be due to the fact that a number of Marrakchis are dark-skinned; they are our relatives, our friends, our neighbors, our teachers. We don’t even consider them to be different in any way, because after all, they’re not.

At least this is the way I perceived Moroccans to be before I asked a couple of Moroccan friends the following question: Do you think Moroccans are racist? And their answers were shockingly as follow: “In the US, people admitted that they have racism and worked towards eliminating it. As a result, today, the US has the first African-American President. On the other, in our country, we never admit that we have racism, which is even more dangerous, since we can’t work on solving a problem that does not exist in our minds,” said Oussama, who asked that his full name not be mentioned.

Ghizlane expressed a different opinion. She expressed her point of view by saying: “Being dark-skinned isn’t about color only, it is somehow a way of life. How they speak, how they behave, and how they interact with others is quite “predictable”; it’s their identity.”

“The blacks have earned a couple of stereotypes that are unfortunately true. For example, if you say Italians eat so much olive oil and Germans drink too much beer, it might be a stereotype but it is also true, same goes for dark-skinned people. A friend of mine used to say, they smell not only physically but also mentally. This is quite racist you would say, but it’s their behavior that makes them really unwanted,” she added.

Apparently, the campaign that will last from the 21st of March until June 20th is based on solid grounds. Racism is not a simple behavior; it’s a way of life. It’s doesn’t stop at “Look at that person, he or she is different,” it goes beyond that to the way we deal with those people whom we perceive as different just because they don’t look like us.

It goes to the extent of not wanting to be friends with them, not wanting to employ them, wanting them out of our country as is the case for a lot of African immigrants who seek refuge in Morocco, running from the many problems they encountered back home.

Maybe we avoid having them in our lives due to the stereotypes mentioned in the quote earlier, but let’s assume they’re not stereotypes and those people do actually behave in a certain way that makes people change routes when they cross paths with them. Don’t we all make mistakes, as individuals and also as peoples? Don’t we as Moroccans have certain habits that seem to Westerns as primitive, but that are parts and parcels of our Moroccans identity, like eating meals from the same plate with our fingers? Shouldn’t we admit we’re at fault, apologize from them and help integrate those people in our lives and be more open-minded and accepting of the other? Shouldn’t we look for what unites us and live together instead of what differentiates us from each other and live apart?

The same way as we, Moroccans, felt offended by the racist remarks made in recent days by Dutch far-right leader Geert Wilders, we should feel offended when we hear a Moroccan look down at a Sub-Saharan immigrants or treat them with disdain.