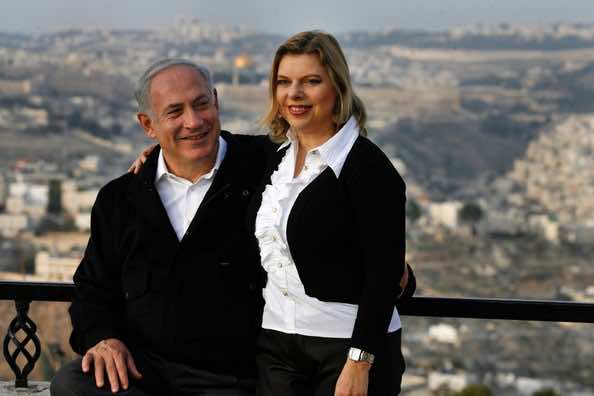 By
Aziz Allilou
-
Aziz Allilou is a student at the Higher Institute of Media and Communications (ISIC) and Morocco World News correspondent in Rabat.
Mar 23, 2014
Spread the love

Rabat- Israeli Prime Minister Benjamin Netanyahu and his wife are facing a legal battle after their housekeeping staffer, who is a Moroccan Jew, filed a lawsuit on Thursday in Tel Aviv claiming he “was mistreated and verbally abused by the Israeli leader’s wife, Sara,”according to the Independent.

Meni Naftali, the former chief steward at Prime Minister Netanyahu’s official residence, is suing the Israeli Prime Minister over the ‘‘unbridled outbursts’’of his wife, Sara, according to The Independent.

In the lawsuit, Naftali said that he had been repeatedly subjected to abusive language, including an ethnic slur, by Sara Netanyahu during his 20 months on the job. “He is seeking around £110,000 in damages,”The Independent reported.

Naftali said that Sara Netanyahu had once told him, “We are Europeans, we are delicate. We don’t eat as much as you Moroccans. You are stuffing us and then, when they photograph us abroad, we look fat.”

Recounting his experiences, Naftali said that the Israeli first lady made him work 18 hours a day, including at night, adding that no matter how hard he tried to meet the Prime Minister’s wife’s demands, he was treated with an “arrogant and demeaning attitude.”

“The Prime Minister’s wife woke me at 3am after a grueling day of work, with loud shouting, and reprimanded me for buying milk in bags and not cartons,” he said according to the same source.

Naftali reported that Prime Minister Netanyahu had supported his wife’s treatment of him, stating that whenever Naftali“protested the hour and the tone [of her reprimand], the Prime Minister intervened and demanded that I do everything Mrs. Netanyahu requested so that she would ‘calm down.’”

Prime Minister Netanyahu’s office described the charges as “evil gossip.” He explained that Naftali “was violating the couple’s privacy ‘in order to sully them with the intention of extracting money illegally from the Prime Minister’s office.’”