Casablanca - In the first part of this article (Islam-West Conflict Part: I) I argued that there is nothing intrinsic about Islam that incites its adherents to engage in violent acts against people of other cultures or supporters of other confessions. I also used quotations from the Quran and the Hadith to demonstrate that Islam particularly promotes peaceful interactions with the non-Muslims. 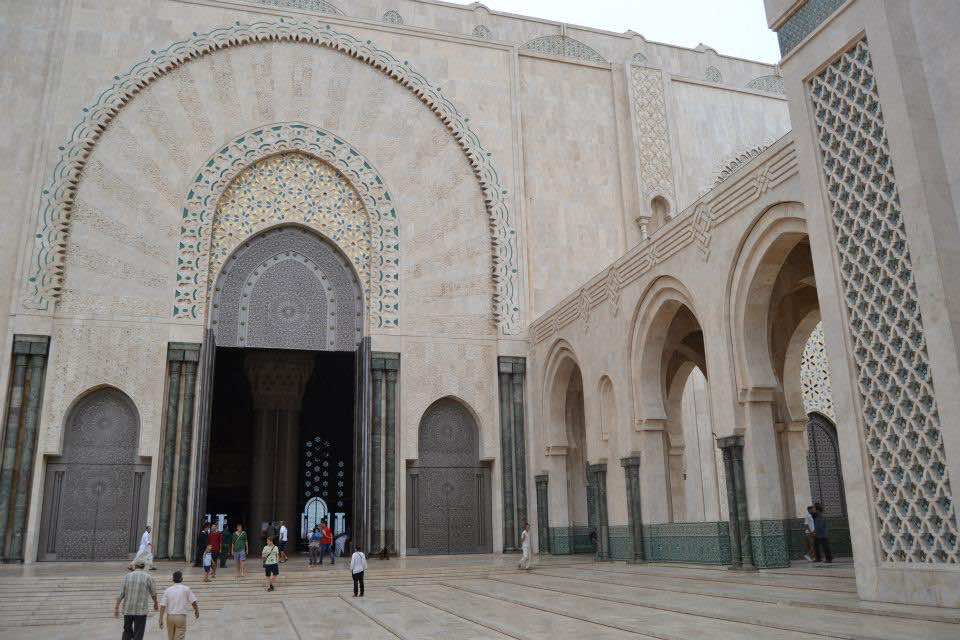 Casablanca – In the first part of this article (Islam-West Conflict Part: I) I argued that there is nothing intrinsic about Islam that incites its adherents to engage in violent acts against people of other cultures or supporters of other confessions. I also used quotations from the Quran and the Hadith to demonstrate that Islam particularly promotes peaceful interactions with the non-Muslims.

This claim, admittedly, raises a number of questions related to the long-standing hostilities between some Western nations and parts of the Muslim World. The most substantial of these questions inquires about the real, concrete motivations behind this enmity. The contemporary tension between the West and Islam cannot truly be understood as one between “the West and Islam,” for this formulation implies a struggle between a political entity and a religion. Hence, at this point in my argument I shall substitute the term “Islam” in the illusory binary of “the West and Islam” with the “the East” in order to emphasize the historical and cultural natures of the struggles.

Historically, many parts the East have endured the physical, territorial occupations of Western powers. The latter developed a representational discourse throughout the colonial periods that, amongst many things, pathologized and objectified the East and invented biological ‘deficiencies’ of Eastern peoples to justify the colonization. Additionally, the discourse assessed the Eastern cultures, histories, and religions according to Western norms and standards. This made it seem natural for the Western societies to subjugate the Easterners and develop a sense of superiority and ethnocentrism that rationalized its racist attitudes. On the other side, a counter-discursive resistance, although less significant, developed in the East to keep records of the massacres, destruction of property, and exploitation of people and lands in the name of ‘civilization.’ The repercussions of these discourses are not ones that could vanish in few decades, especially in cases where Eastern peoples still notice that the West is steering the wheels of their countries politically and economically.

Beside these historical factors, there are psycho-social elements that, I believe, help explain the widening gap between the East and the West in the modern age. Studies and research in the arena of cultural diversity have theorized a number of psychological and social motivations that help explain tension between communities. As an important section of my argument hinges upon some concepts drawn from some of these cultural theories, I wish to lay out a number of theoretical findings, describe their projections in real life, and demonstrate the ways in which certain political and religious discourses and practices intensifies the conflict between the East and the West.

The first concept that I will discuss is that of ‘new racism’. In the present day, the old forms of racism that hinge upon segregation, systematic discrimination, apartheid, slavery, and so forth have gradually and significantly decreased in the public discourse. This decrease is partly due to the immense wave of studies and research conducted by scholars in different academic field, such as Discourse Analysis, Post-colonialism and Cultural Studies . However, it was substituted with a more ‘democratic’ and ‘respectable’ form that, foremost, denies its connection with racism (Barker 1981).

According to Martin Baker, ‘new racism’ is based on the assumption that “cultural identity is so strong that it is impossible for two cultures to co-exist” (Martin Baker, quoted in Simon Clark 2008). He continues that this emphasis on difference between members of different communities prevents them from recognizing the richness of what their coalition might bring. Additionally, it promotes the construction of a cultural identity that excludes anyone who does not share the same cultural characteristics.

Three different components are encompassed in ‘new racism’: the alienation of the ‘other’ as politically and culturally inferior, the development of an emotional bond with ‘our’ life style which blockades the ‘other’ as a danger that threatens the consistency of this lifestyle, and the pathologization of the other cultures by assessing them according to one’s own standards of reference and constructions of normalcy. These components of “New racism” give rise to the notion of ‘Genuine Fear’ When people sharing common values, beliefs, create an emotive attachment to their own lifestyle and endeavor to maintain it, they are inclined to develop a natural fear of losing this lifestyle that defines them and bonds them together. This fear is sensed in any culture in its relationship with another, but it is quite normal and can be overcome. But why, then, has the fear and mistrust between the West and the East reached such extreme levels in throughout history?

The political opportunists of the political right wing, especially in Europe, generally exploit these irrational fears to win elections and secure positions in the political environment. They nurture people’s fears by highlighting anecdotes of some immigrants who do not submit to the cultural codes of the host country, subsequently proposing agendas that restrict the flow of immigrants in the country. In France, Le Front National led by Marine Le Pen is a powerful right wing party. A third of French voters report that they would consider voting for them due to their strong position on limiting immigration and integration. In Switzerland, The Swiss People Party became the largest party in the Federal Assembly after gaining 28.9% of public support in 2011.

The party mobilized the Swiss population against the so-called “Islamization of Europe” and passed a ban on building minarets. In Italy, Lega Nord has called for a limit to immigration from Muslim countries, though it officially takes a moderate stance on multiculturalism. In Sweden, the Anti-immigration parties have been progressively conquering the political scene. Swedish Democrats’ leader Jimmie Akesson is now calling for limits on immigration into the country.  Finally, in Austria, The Right Wing Freedom Party won 20.7% of the votes in September 2013. The Leader of the party is currently discussing with anti-immigration parties in Belgium, Netherlands, and France the possibility of establishing a European anti-immigration bloc. The use of people’s fear for the short-term goals of winning seats in the government has dangerous long-term implications, including the cultural intolerance that is already a defining characteristic of the East-West relations.

The American methodology of exploiting this fear differs from European right wing parties. America has waged a number of wars against different Eastern nations during the last century. Attempting to attract public support to enter into and maintain these wars, the US government has used media to disfigure the political, cultural and religious realities of the nations that they have occupied, portraying them as imminent threats to the values of America, its sustainability and development. This media discourse has grown increasingly significant after the 9/11 attacks when America, under the leadership of George W. Bush, invaded Iraq. The government has created illegitimate political debates that seem to discuss a wide range of important topics without addressing the central points in the discussion. Noam Chomsky identifies this strategy in the context of the war against Vietnam:

The Vietnam War is a classic example of America’s propaganda system. In the mainstream media–the New York Times, CBS, and so on– there was a lively debate about the war. It was between people called “doves” and people called “hawks.” The hawks said, “If we keep at it we can win.” The doves said, “Even if we keep at it, it would probably be too costly for use, and besides, maybe we’re killing too many people.” Both sides agreed on one thing. We had a right to carry out aggression against South Vietnam. (Chomsky, Noam, Propaganda, American-style)

Walter Lippmann, an American journalist, made a thorough investigation on the American government’s strategies to magnetize the consent of the American citizens. He wrote in 1922 that in democratic systems, governments use a strategy that he termed as the “manufacture of consent” to control people’s thought, consisting of the presentation of debased information and data to spread a negative percepts about other groups and legitimize their policies. Thus, what can be seen as normal cultural, confessional, and political differences of East are utilized in America and Europe to heighten feelings of tension between the East and the West, and attract social support for purely political matters. The American methodology and motivations behind the utilization of people’s irrational fears, though different from those used by their European counterparts, still carry serious repercussions regarding the tenuous relationship between the West and the East.