London  -  The Kingdom of Morocco is a key partner for the United Kingdom in the region of north and west Africa, wrote a report by the foreign affairs committee at the British parliament. 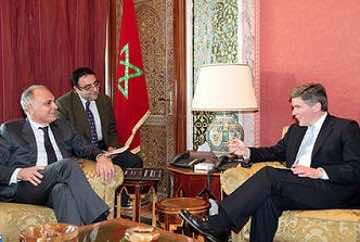 London  –  The Kingdom of Morocco is a key partner for the United Kingdom in the region of north and west Africa, wrote a report by the foreign affairs committee at the British parliament.

With its stable form of government, relative prosperity by comparison to its southern neighbors, and strong internal security and intelligence services, Morocco is identified as key partners for the UK and other Western countries in addressing the security challenges of the Western Sahel, said the report entitled “UK response to extremism and insecurity in north and west Africa”.

“Morocco appears to have genuinely embarked on a path towards greater democratic openness, with the agreement of a new constitution in 2011, and significant political reforms, it said.

“Relations between the UK and Morocco are warm and mutually respectful,” it noted, highlighting that “Morocco has involved itself in efforts to rebuild Mali after the crisis, and has promoted dialogue between the government and Tuareg nationalists”.