This decade-long awaited digital law, originally designed to protect citizens and consumers from different abuses they may face online, sparked an intensive cyber protest by internet communities about some of its provisions seen as threatening individual and collective liberties.

By
Karima Rhanem
-
Karima Rhanem is a Moroccan multi-award winner with more than 18 years’ experience in Public Policy, strategic and digital communication, and diplomacy
Mar 25, 2014
Spread the love

Rabat – Morocco new digital code*, which has been retrieved for revision from the official website of the State General Secretariat of the Government, is generally believed to put an end to anonymity on the internet.

This decade-long awaited digital law, originally designed to protect citizens and consumers from different abuses they may face online, sparked an intensive cyber protest by internet communities about some of its provisions seen as threatening individual and collective liberties.

To demand the changes in some articles in the cyber law, Moroccan activists launched an online protest campaign only few hours after the Minister of Industry, Commerce, Investment and Digital Economy, Mouay Hafid El Alami announced he will present the code to the government for ratification. The campaign used the Hashtags   #Code_Num, [#almodwana rakmiya lan tamor] on twitter and created a Facebook page attracting over 5500 fans.

Analysts said that social media in Morocco play a major opposition role and proved effective in impacting public policies. Its influence could be explained by the retrieval of the code by the government. Ayoub Errimi, author of the article “A Cyber protest in Morocco puts down the digital code” posted on DW website, quoted journalist Hamza Mahfoud saying that “with weak and dispersed opposition, internet became an alternative tool, playing a significant role with an effective power to influence policies more than what can institutions do.”

The articles that caused the protests are 24, 54 and 73. Article 24 stipulates that “online communications are free. Yet, they are limited when it comes to offending the King or the Monarchy, Islam, Morocco Territorial Integrity, public order, homeland security, necessities of public service, or public policy.”

The same content of this article is included in the current (non-revised) press code, and the Civil Liberties Code. The vagueness of this article gives unlimited and arbitrary powers to authorities to censor and sanction freedom of expression. This also made it difficult for judges in several past cases non-related to the internet to interpret the law to ensure a fair trial.

Article 54 stipulates that “online service providers are responsible for the editorial content created by their clients based on specific terms of use.” This only means that these companies have the right to save their clients’ data allowing them monitor their websites and the content published.

In other words, anonymity and privacy will no longer be protected. Yet Article 31 states that “Service providers are not subject to a general obligation to monitor the information which they transmit or store. This implies the existence of a comprehensive security system that does the work for them”.

This could only be understood either as a contradiction or that these providers may use a third party to monitor content. In both ways, data protection of clients is not ensured and there is no reference to any clauses related to the use or misuse of this data from the service providers or any reference to the Data Protection Act.

These online service providers will not only save clients data but could potentially spy on them and release their information to the authorities if they asked by law or pressured to. In the meantime, Article 25 underlines that none of these service providers would perform any activity under anonymity.

The article obliges them to identify themselves to the public in the website Home pages. The sanctions are even heavier if this article is not respected and could go from one month to one year imprisonment and a fine from 50,000 dhs to 100,000 dhs.

Article 28 also puts a condition to all service providers, pushing them to “work together to develop a code of good conduct within 12 months from the date of publication of this law in the Official Bulletin, otherwise this code of conduct will be developed by regulation”.

The challenge of this article lies in the identification and mapping of these service providers and the entities responsible for the coordination and grouping of these companies to develop the charter. And if they fail to develop their own code of conduct, then the government will develop it on their behalf.

Article 77 of the same digital code gives the right to judicial police officers and administrative agents to take part in online discussions using pseudo names without any mention of a court order. This would allow police to gather necessary data and proofs.

This “big brother watching you” policy may affect the quality and freedom of online discussions by users who will start auto-censoring themselves. This means if you post something on Facebook and Twitter that goes against the general policy; these police may save a screenshot of your content and present it as a legal proof against you.

This would also mean that the government could intercept your private communications whether via email or phone and present it to the court in a time when Morocco’s judicial system is still fragile and faces issues of transparency and independence. Besides, Morocco do not have specialized judges on internet legislations and cybercrime and this may affect the fairness of the trial.

One of the worst articles that offended internet users is Article 73 which allows the authorities to block the access to “offending websites” as they are seen “inconsistent with the public political beliefs”. This may put any user or service provider under threat of being jailed if these regulations are not respected.

Within the broader scope of the government policy to regulate the internet, the National Agency of Telecom Regulations (ANRT) has also issued a policy putting an end to anonymity. The policy states that all Mobile SIM cards of the three main Telecom operators in Morocco (Maroc Telecom, Meditel, and Wana Corporate) that are anonymous and not identified will be disactivated by April 2014.

This is due to many reasons: First in this time of uncertainty, many terrorism threats have been identified through locating conversations via telephones; second the government wants to regulate competition between the different Telecom agencies and oblige them to present accurate advertising and marketing proposals to identified numbers and avoid the release of fake exaggerated number of clients.  According to ANRT, Morocco accounts today more than 34,975 million GSM clients with over 41 millions SIM cards in circulation all over the country. Yet, the core question to be asked is how many GSM subscribers will remain after the disactivation of non-identified accounts. The same question is applicable to how many internet, social media users will still be active if the draft digital code is passed as it is.

It is worth to mention that some social networking sites including Facebook have recently launched a campaign to put a halt to all fake profiles in their platform.

They have even requested ID cards from the users as the sole identification to regain a pre-disactivated account by Facebook. Also Administrators of Facebook pages received recently a notification that starting February 20, all pages posts will be identified by the names of the administrators and not the page name.  This is due, not solely, to the increase number of the use of fake profile or stolen identities to conduct illegal activities online.

On cyber criminality, Article 75 of the draft digital Moroccan code, states that “it is forbidden to use without permission the identity of someone else whether it be a moral or physical person or use any personal information to attack the person or entity on the internet or commit any crime especially scamming using others’ identities.

This article would certainly help reduce the number of scamming activities. Yet, the biggest challenge is how to identify fake or stolen identities and gather necessary proof to judge the perpetrators.

While the code, through its article 63, will help protect minors by forbidding the publication of their images that are seen as “attacking moral values”, it doesn’t explain what do moral values mean and the conditions of posting minors photos, as this may be interpreted differently if there is no general agreement about the concept. Those posting images may face a sanction of imprisonment that goes from one month to one year and a fine that goes from 1200 to 3000 dhs.

The government, therefore, needs to revise this code, not only by posting a new revision but by launching a participative dialogue and consultation with internet users and stakeholders to amend more specifically the articles that caused citizens’ concerns.

The government also needs to have an inter-sectoral coordination mechanism to ensure consistency with the Ministry of communication electronic press code and the Ministry of Interior and the Ministry in Charge of Relations with the Parliament and Civil Society draft bills related to citizens and civil society e-participation and access to information.

* Draft digital law: Link doesn’t function anymore after the retrieval of the code from the website. 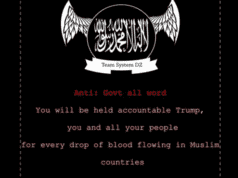 The Evolution of Cyber Crime in Morocco