Goulmima - The story of the Prophet of Islam with his wife Khadija Bint Khuwaylid legitimized the fact that age or wealth should never be a hindrance to love. 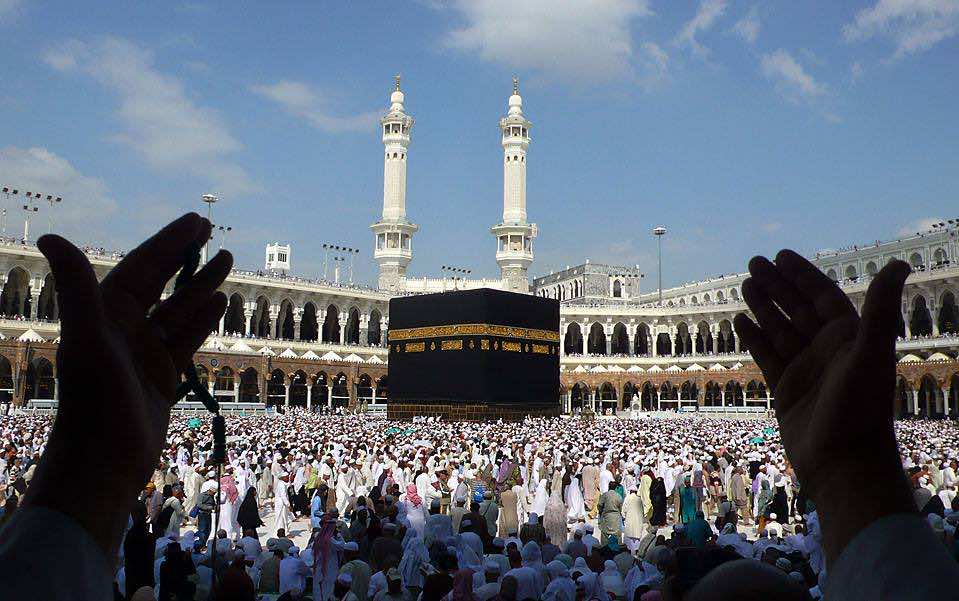 By
Mona Badri
-
Mona Badri graduated from King Fahd School of Translation with a Master's degree in Translation.
Mar 25, 2014
Spread the love

Goulmima – The story of the Prophet of Islam with his wife Khadija Bint Khuwaylid legitimized the fact that age or wealth should never be a hindrance to love.

The Prophet Muhammed earned a very respectful reputation in a time when people no longer had faith in high moral standards like truthfulness and integrity. His unique moral character, often attributed to that of an angel, gained him the title Al-Amine –Trustworthy- and granted him a remarkable reward: marriage to the most desired woman in his time, Khadija Bint Khuwaylid.

Before the call to Islam, the prophet of Islam was not a rich merchant or a leader of his tribe. He was a humble, illiterate orphan who lived off of the little money he earned by working in various professions; while Khadija Bin Khuwaylid was the widow of a wealthy man. She came from a very noble family, as her father was a reputable and a wise leader in Quraysh.

Khadija, also called AT-Tahira – Pure- or Amirat Quraysh – Princess of Quraysh-, was known for her wisdom, and her fortune made her the center of attention of many men in the tribe. She turned down very tempting marriage proposals. When she heard of someone called Mohammed, who was known for his trustworthiness, she did not hesitate to hire him and entrust him a huge part of her wealth to take to Syria for trade.

When Mohammed returned with double the profit, she was amazed by the stories that her servant Missara related about him and his noble moral conduct, an older and richer woman proposed to a younger and poorer man in a patriarchal society where such a step would stir scathing criticism. Khadija, regardless of what her tribe would say, and like any woman would do when her heart beats for someone; she confined her feelings to her friend Nafissa Bint Munabbih. She revealed to her that he was the one to be her next husband.

A story related by Sifa Rahman Al-Mubar Kafouri in his famous book Rahiq Al-Makhtoum said that her friend Nafissa approached Mohammed and implicitly alluded to Khadija as a suitable match for him. She indirectly told him about Khadija’s willingness to marry him. The 25-year-old young man welcomed the offer and immediately notified his uncles who officially asked for the 40-year-old Khadija’s hand from her uncle.

Mohammed and Khadija lived together for twenty-five years; a period described as peaceful and full of complete mutual respect. they had seven children: Qasim, Tayyib, Tahir, Zaynab, Ruqayya, Um Kulthum and Fatima. All of them died at early age, except Fatima, who passed away few months after her father. She was very close to his heart.

Mohammed received the prophecy to be God’s messenger of Islam during a night of Ramadan, when the voice of Gabriel initiated the first divine verbal contact with Mohammed, beginning with the word “read”. The revelation made Mohammed tremble from fear and disbelief. However, Khadija was there to comfort him and was a great source of support to him in recovering from the shock of the revelation. She supported him throughout his “Daawa,” or call to Islam.

Abu Hurayra related that the angel of Gabriel once came to Mohammed and told him: “O messenger of God, Khadija is coming with a bowl of ‘food or drink’. When she arrives, say to her the greetings of peace from her Lord and deliver to her the good news that she will be granted a golden house in heaven, when there will be neither any noise nor any tiredness.”Sahih Al –Bukhari, chapter of the prophet’s marriage to Khadija.

In the year 10 of Hejira, when the prophet was 50 years old, he lost two of his greatest protectors against the Quraysh’s aggressive attempts to stop the spread of Islam. His uncle Abi Taleb passed away soon before Khadija died at the age of 65. That year, Mohammed could not take the loss of two people so close to his heart, especially the woman who gave him children and was the strong shield that protected him among the people of Quraysh. That year has been called the Year of Sorrow. Another incident that marked this year with sadness occurred when the tribe of Taef near Mekkah rejected him and threw stones at him. The prophet of Islam suffered critical moments of depression during this year.

Khadija Bint Khuawylid, the mother of the faithful,  was an unprecedented character in the history of Islam. Today, society frowns upon older women marrying younger men or rich women marrying poor men. However, the story of the prophet of Islam with Khadija legitimized the fact that age or wealth should never be a hindrance to love. After khadija died, the prophet continued to honor her friends and relatives. He married more women later on, but Khadija remained his most favored wife.