Rabat - Moroccan striker Nabil El Zhar has extended his contract until 2016 with Levante, a team that plays in first division of the Spanish league (La Liga). 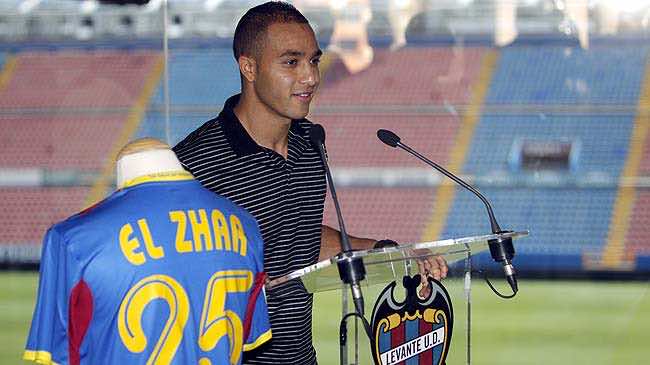 Rabat – Moroccan striker Nabil El Zhar has extended his contract until 2016 with Levante, a team that plays in first division of the Spanish league (La Liga).

“Nabil El Zhar has extended his contract with FC Levante for two years and a third year as an option,” said the Spanish club in a communiqué, according to MAP.

El Zhar debuted with Levante in 2011. He has played 79 games in two years and scored six goals with the Spanish team, adds the same source

A the age of 12 , Nabil El Zhar, 27, joined the training center of Nîmes Olympique with which he reached the final of the Coupe Gambardella in 2004.

After spending two years in the Training Centre of AS Saint- Etienne, in 2006 he signed for Liverpool, he played his first game for the Reds on November 29, 2006 against Portsmouth.

Moroccan fans still remember the pivotal role El Zhar played in the U-20 World Cup held in 2005 in the Netherlands, as he helped the Moroccan national team to qualify for the first time to the semi-finals of the U-20 World Cup.

The Moroccan El Zhar is hopeful to be among the players who will form the Moroccan team that will participate in the upcoming African Cup of Nations, which will be held in early 2015 in Morocco.