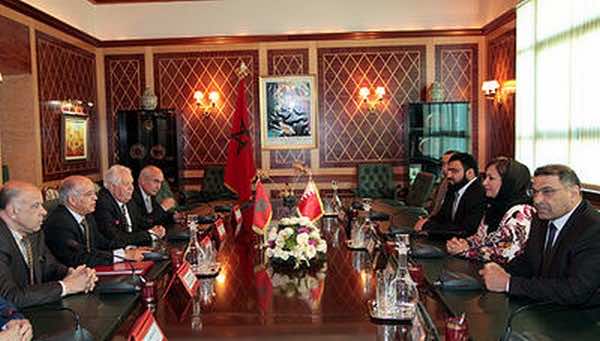 Rabat – Speaker of the house of advisers Mohamed Sheikh Biadillah met, on Tuesday, with the president of the foreign affairs, defense, and national security committee at the Bahraini house of representatives, Saoussan Hajji Mohamed Taouqui who is leading a visiting MPs delegation to Morocco.

The two sides discussed the distinguished relations between the Kingdoms of Morocco and Bahrain and means to further strengthen them to match the strong bonds between the two heads of states, King Mohammed VI and Hamad Bin Aissa Al Khalifa, King of Bahrain, said a statement by the House of Advisers.

On this occasion, Biadillah surveyed the Moroccan democratic experience, highlighting the specificities of parliamentary bicameralism, the role of the House of Advisers in law-making and supervising government action as well as in terms of evaluating general policies and parliamentary diplomacy.

The Bahraini MP welcomed the bold initiative of  King Mohammed VI that made possible the adoption of a new Constitution in a context marked by the so-called “Arab Spring”, as well as national unanimity on establishing a Moroccan model in an environment where stability prevails.