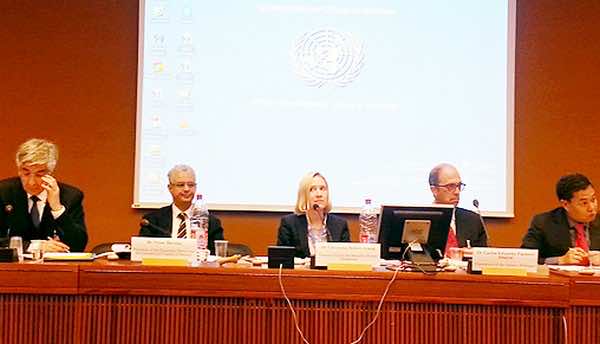 Geneva – The Sahara development model was examined by international experts, on Tuesday at the UN headquarters in Geneva, during a seminar held on the sidelines of the 25th session of the UNHRC.

This seminar, initiated by Morocco’s permanent mission to the UN under the theme “what development model for autonomous regions”, was given by president of the economic, social and environmental council (CESE) Nizar Baraka, as well as academics from Belgium, Portugal, Philippines, Iraq and Switzerland.

The panelists conducted a comparative analysis between the new development model for the southern provinces of the Kingdom and development plans implemented within the framework of autonomy experiences in Portugal (Azores and Madeira), Belgium (Wallonia), Philippines (Mindanao) and Iraq (Kurdistan). They emphasized the relevance of the new model of development for the southern provinces as a lever to promote growth, development and local governance in the prospect of the implementation of the autonomy initiative for the Sahara region. Dr. Christina Schori-Liang, professor at the Geneva Center for Security Policy, noted that resorting to autonomy as a solution to solve conflicts has shown its viability and relevance in many cases as in Aceh (Indonesia), Mindanao (Philippines) and Kurdistan (Iraq).