AMMAN- US Secretary of State John Kerry will make long-delayed visits to Algeria and Morocco next week, his spokeswoman said on Wednesday, marking his first trips to both countries. 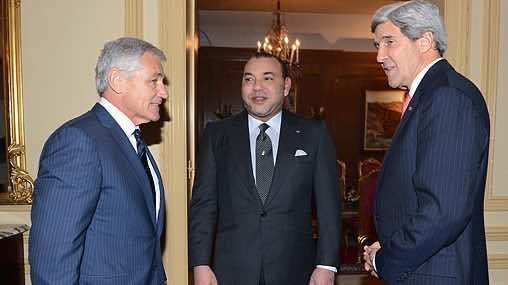 AMMAN- US Secretary of State John Kerry will make long-delayed visits to Algeria and Morocco next week, his spokeswoman said on Wednesday, marking his first trips to both countries.

The top US diplomat will on the April 1-5 trip travel to Algiers for meetings with top Algerian officials ahead of similar talks in Morocco. He had originally planned to visit both countries late last year, but had to change his schedule at the last minute.

The trip will come after a week-long visit to Europe and Saudi Arabia, during which he arrived Wednesday on a surprise visit to Amman to meet with Palestinian president Mahmud Abbas in the hopes of keeping Middle East peace talks on track.

While in Algiers, Kerry will also co-chair the US-Algeria Strategic Dialogue with Algerian Foreign Minister Ramtane Lamamra, Psaki said in a statement.

While in Rabat, Kerry will co-chair the US-Morocco Strategic Dialogue with Moroccan Foreign Minister Salaheddine Mezouar.

He will also meet with senior Moroccan officials “to discuss a range of bilateral and regional issues”.

Psaki did not give precise dates for the visits but said Kerry’s trip, which also takes him to Brussels to join NATO talks on the crisis in Ukraine, will span April 1-5.