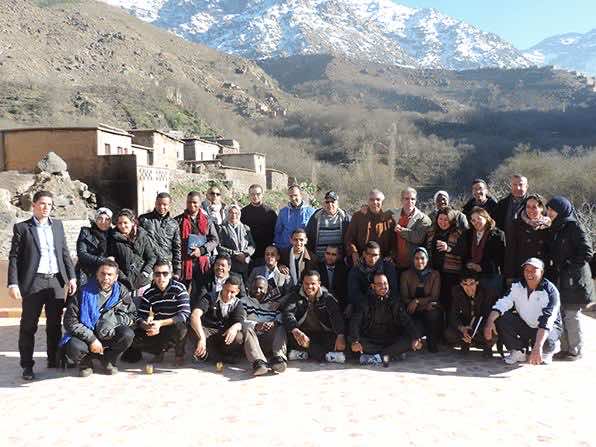 Casablanca – In partnership with Center for Studies and Humanities Research (MADA), Third Millennium Association (TMA) and International Republican Institute (IRI), Network for Democrats in the Arab World (NDAWORLD) organized, on February 22 and 23, a workshop on advanced regionalization and citizen journalism in favor of a group of activists, association actors and politicians in Imlil, Marrakesh. The workshops were aimed at establishing a friendly, cooperative relationship between civil society organizations and government with a view towards reaching democratic governance.

On the first day, Hayat Drai, NDAWORLD coordinator, prefaced the workshops by delving into the current roles and long-term objectives of the Network for Democrats. She then gave the floor to Ms. Dina Sadek, media consultant, who discussed IRI’s mission. The participants were soon allowed to introduce themselves as well as their associations’ roles and objectives. After this introductory workshop, Hajiba Kababi divided the participants into groups, according to thematic workshops. 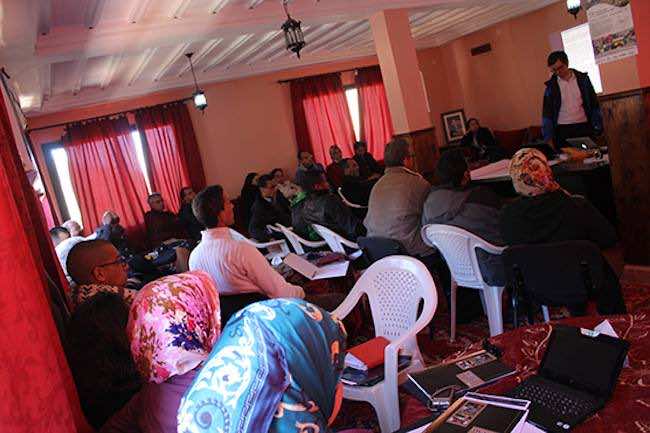 Mr. Faouzi Jalid emphasized the necessity for concerned peoples to take matters into their hands; cooperation between civil society and public authorities, he argues, is a crucial condition for a just distribution of national wealth. In this regard, Mr. Jalid refers to the importance of activating the role of advanced regionalization, for it represents a basic prerequisite for justice and equal opportunities.

The second day was opened by Ms. Dina Sadek, who dealt with the concept of citizen journalism, to which she ascribed an indispensable role in modern society. She insisted that citizen journalist is a fast and effective alternative, whose absence alludes to that of democracy in a given society. Ms. Sadek was also emphatic on the ethics and standards of this activity, such as inaccuracy and poor quality, which citizen journalism still lacks. She says that the absence of control and accountability account for the shortcomings citizen/alternative journalism suffers.

The subsequent presentation was made by Andy Yates, president of Resident Program Office, who deemed important to tell about the series of activities undertaken by IRI in different countries: Iraq, Afghanistan, Jordan and the United States. The activities were targeted for both governments and citizens. Mr. Yates enthusiastically mentioned the welfare-yielding projects IRI has initiated in favor of students, farmers, dropouts, individuals with disabilities, and others who have respectively benefited from books, cows, substantial projects and special help.

In his endeavor to discuss the challenges facing some associations, Mr. Jalid discussed the example of Amal Association, including its strengths, weaknesses, constraints as well as its opportunities. While its strengths, Jalid says, lie in the great deal of members and representatives belonging in the association, it still suffers lack of participation, lack of funding and poor communication, a negative conglomerate challenging the goals of Amal Association.

The second-to-last workshop was held by Hajiba Kababi, who presented the website and Facebook page of Network for Democrats In the Arab World before Mr. Sohaib Barzinji, executive director of NDAWORLD, made a closing speech, in which he delved into the Network’s role, the objectives it endeavors to achieve and how it funds other organizations in the Arab world, thereby providing a comprehensive idea about NDAWORLD.