Taroudant, Morocco- In an attempt to combat sexual harassment or sex crimes, a Saudi religious scholar has advocated chemical castration as a punishment for sexual predators. 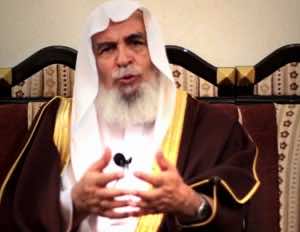 By
Larbi Arbaoui
-
Larbi is a freelance writer and assistant editor at Morocco World News.
Mar 26, 2014
Spread the love

Taroudant, Morocco- In an attempt to combat sexual harassment or sex crimes, a Saudi religious scholar has advocated chemical castration as a punishment for sexual predators.

According to Alquds, Saud Bin Abdullah Al Fanisan, a former dean of the Sharia College at the Riyadh-based Imam University, said that sexual abusers should undergo chemical castration to put an end to sex crimes.

Through a telephone call for the TV show “Ya Hala” podcasted by “Rotana Khalijiya” channel, the Saudi scholar said “Prophet Mohammad (PBUH) had banned castration.” But the scholar added, “if there is a chemical solution to make offenders lose interest in sex, then I believe castration should be allowed.”

“A harasser is usually a person whose sense of self-discipline and consciousness is weak,” Abdullah Al Fanisan said.

The same source added that the scholar justified his “Fatwa” (a religious edict) by the fact that anti sexual harassment laws and punishments were not able to deter sex offenders even in countries where these laws are implemented.

According to the medical dictionary, chemical castration is “the treatment of men with paraphilia with methoxyprogesterone acetate, which inhibits gonadotropin secretion, thereby reducing sexual drives.”