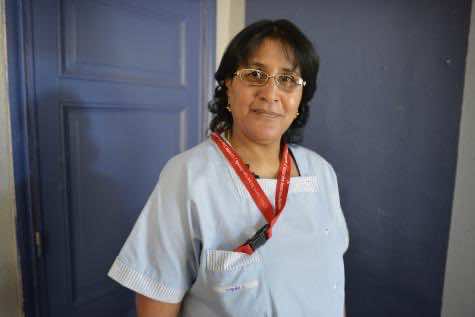 By
Aziz Allilou
-
Aziz Allilou is a student at the Higher Institute of Media and Communications (ISIC) and Morocco World News correspondent in Rabat.
Mar 27, 2014
Spread the love

Rabat- Habiba Zerouani, a Moroccan living in Belgium, says she was unfairly dismissed for praying at her workplace and speaking Arabic.

After spending fourteen years at the Saint-Josse Public Centre for Social Work (CPAS) in Belgium, 56-year-old Habiba Zerouani was fired after her employer accused her of speaking Arabic and praying during working hours.

Talking to the Belgian newspaper Le Soir, Habiba said that she had been working for fourteen years at the company, and  was promoted to the “Head of Service” in charge of technicians. “Now, I found myself forced into so-called “compulsory retirement,” she told the paper.

According to Habiba, she was dismissed after her employer reproached her “for praying at work, banning senior citizens from drinking alcohol, insulting my colleagues, and speaking Arabic with some colleagues.”  Habiba strongly denied these charges, explaining ”all of this is completely untrue!”.

Zeouni explained, “It’s true that I am a Muslim. But I dress like you, I don’t wear headscarves. I practice my religion in my private life, not in the workplace.”

Habiba confirmed speaking Arabic with some Moroccan colleagues who can’t speak French; “Some cleaners hardly speak French, how do you think I would communicate with them?” she says.

To Habiba, the dismissal is unfair. “Prayer does not take more than five minutes;  Not more time for some to smoke a cigarette, but But I‘ve never done simply because it is forbidden!“  Habiba Zerouani, mother of a 21-year-old daughter and a son aged 22, relies on her job as her sole source of income. Now, she is wondering “who will employ a 56-year-old woman?”

On the other hand, a CPAS official told Le Soir that Habiba Zerouani was dismissed for “speaking Arabic with some senior citizens and her behavior with her colleagues.