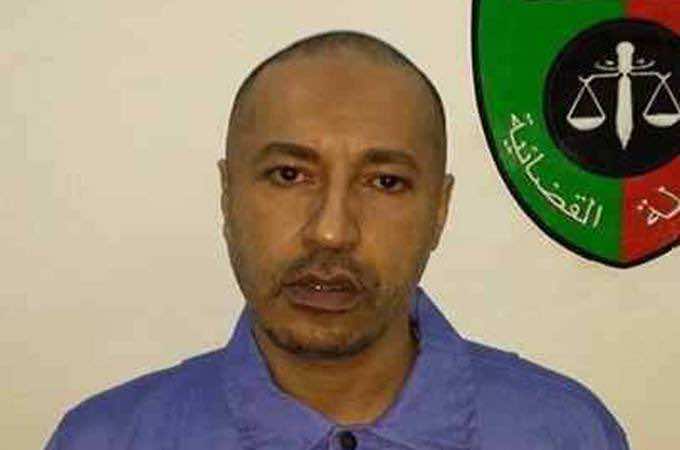 The videotaped interview, which was aired by state television late Thursday, was filmed by warders at the capital’s Al-Hadba prison, where Saadi and several other Kadhafi regime figures are being held, with the blessing of the chief prosecutor, the broadcaster said.

Saadi, who was extradited to face a series of charges including “crimes to keep his father in power” before his overthrow in the NATO-backed uprising of 2011, asked for the “forgiveness of the Libyan people and government.”

He admitted without elaborating that he had been behind “acts of destabilisation against the country,” the same accusation repeatedly levelled against him by the Tripoli authorities in its long campaign for his extradition from Niger.

Saadi, whose extradition had been strongly opposed by human rights groups concerned that he might face torture in prison, said he had been well treated by his jailers.

“I want to reassure my family,” Saadi told the camera, adding that he was speaking on Thursday evening.

“I am doing well, I am in good health and I am being very well treated,” he said, sitting at a desk in a blue prison uniform.

Saadi was best known as the head of Libya’s football federation and a player who paid his way into Italy’s top division.

The 40-year-old had been off the radar since fleeing in a convoy to Niger across Libya’s southern desert in September 2011.

After hanging up his football boots, Saadi forged a military career, heading an elite unit.

Days after the revolt began in the eastern city of Benghazi, he appeared by his father’s side in military uniform, a Kalashnikov assault rifle slung over his shoulder.

Unlike his brothers, however, no information emerged during the eight-month uprising of him taking part in combat.

Saadi’s brother, Saif al-Islam, long their father’s right-hand man and heir apparent, is also in custody in Libya awaiting trial on a raft of more serious charges which prompted the International Criminal Court to issue a warrant for his arrest for suspected war crimes.

Interpol had issued a “Red Notice” for Saadi, for “allegedly misappropriating properties through force and armed intimidation when he headed the Libyan Football Federation.”

Libya had repeatedly called for Saadi’s extradition from Niger, which had granted him asylum on “humanitarian” grounds saying it had insufficient guarantees he would have a fair trial.

Niger said it handed over Kadhafi earlier this month, over the objections of human rights groups, because it no longer felt he would face the risk of extrajudicial killing, and because it wanted to improve ties with Libya.