Washington, DC -- The Algerian diplomacy’s fixation with Morocco and the “Western Sahara” conflict has reached a fever pitch. 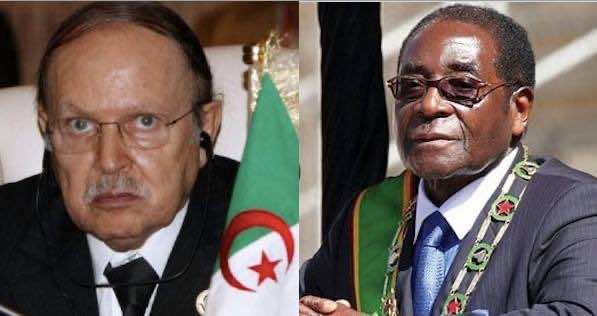 By
Hassan Masiky
-
Hassan Masiky was born in Kenitra, Morocco, and is based in Washington as a blogger and freelance writer.
Mar 28, 2014
Spread the love

Washington, DC — The Algerian diplomacy’s fixation with Morocco and the “Western Sahara” conflict has reached a fever pitch.

From using local communist journalists to harass the Moroccan Ambassador in Lima, Peru to paying for a massive, unsuccessful, campaign to “force” the Danish parliament to recognize the self-proclaimed “Sahara Republic,” the Algerian diplomats are in a state of extreme agitation and excitement in their crusade to reverse Morocco’s recent diplomatic success. However, Algeria’s call for a boycott of the upcoming EU-Africa summit is unprecedented and a new low in the Algerian military on-going quest to undermine the unity and economic integration of the Maghreb region.

According to the Herald of Zimbabwe, “The African Union’s Peace and Security Council [PSC] has advised the bloc not to attend the EU-Africa summit set for Brussels, Belgium next week to protest how Europe is holding the continent in contempt by determining who is eligible to attend the meeting.” The Algerian diplomat Smail Chergui replaced Algeria’s current foreign minister Ramtane Lamamra at the head of the PSC.

Algeria and its allies within the AU are enraged at the Europeans for not inviting an “AU member, the Saharawi Arab Democratic Republic but on the other hand, Morocco – which is not an AU member– was invited.”

Once again, Algiers let its conflict with Morocco cloud its judgment and hinder the work of international organizations. The EU-Africa summit is aimed at helping African economies evolve. As the official website of the Summit wrote “the 4th EU-Africa Summit that will take place in Brussels on 2-3 April 2014,  hope to bring African and EU leaders together under the theme “Investing in People, Prosperity and Peace.” Algeria and Zimbabwe are in fact holding the African economies hostage by calling for a boycott.  With such positions, the two African nations are discouraging foreign financiers from investing in the region.

Algerian, Zimbabwean and Ethiopian, governments known for their poor human rights records, are putting their selfish interests first ahead of the well-being of millions of Africans who need EU financial and technical assistance. How can Africa pass on a €28.8 Million European agreement renewing funding for the African Union Support Program aimed to support the acceleration of African integration and sustainable development efforts?

The EU cant’ invite a Sahara Republic that doesn’t exist and was not recognized by either the United Nations or the EU. On the other hand, Morocco is an integral part of the African political and economic landscapes. The ineffectual AU, an organization that has been chaired by non-democratically elected leaders, is in no position to determine what constitutes an African country.

African leaders, eager to lobby and attract EU money and expertise, will likely ignore Algeria’s call for a boycott. On the other hand, Zimbabwe’ Mugabe and Ethiopia’s Mulatu Teshome, will stay behind. In fact, the EU will be delighted to see some ‘unsavory” African leaders boycott the Brussels meetings.

Algeria, a country that denies being a party to the conflict in the “Western Sahara,” continues to spend money and energy to counter Morocco’s diplomatic efforts around the globe. As the political and social tensions intensify in Algiers ahead of the presidential elections, Moroccan and European observers hope to see the Algerian diplomacy take a break from its Morocco “obsession.”