Casablanca- A virtual war has erupted between criminals and Moroccan citizens. 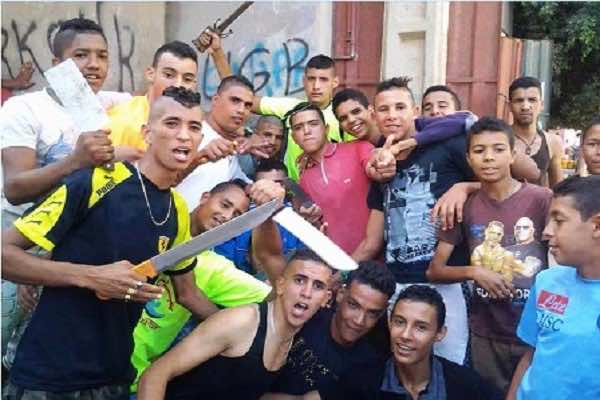 By
youssef sourgo
-
Youssef Sourgo is currently a Master’s student in Linguistic and Literary studies at Ain Chok Faculty of Letters and Humanities.
Mar 29, 2014
Spread the love

Casablanca– A virtual war has erupted between criminals and Moroccan citizens.

A Moroccan has recently launched a petition on Avaaz calling on the Ministry of Interior to increase security and combat crimes in Casablanca. Meanwhile, those representing criminality in the city have started glamorizing crime on social media.

Pictures of uncovered individuals, carrying swords and knives or showing off what seem to be stolen possessions have swept Moroccan social media. This has further amplified the anxiety that Moroccans, particularly Casablanca residents, have started feeling recently because of the rise of criminality.

The war on crime in Casablanca has already started on social media. Pages have been created to call on the Ministry of Interior to invest more efforts in combating crime in the economic capital.

Moroccan mobsters have also seemingly decided to retaliate. Many Facebook pages have been created with apparently one objective in common: to celebrate a collective sense of law-breaking.

“The streets of Casablanca suffer from real insecurity,” reads the text of a petition recently launched on Avaaz, “and sword attacks are multiplying in a disturbing way.”

The petition called on the Ministry of Health to improve the condition of public hospitals, which “are grossly under-equipped,” according to the petition text.

The said petition thus drew links between the lack of insecurity in Casablanca, the rise in armed assaults and robberies, the death of victims and the lamentable condition of public hospitals, where victims of crimes usually do not receive the emergency care they need.

At the time of writing, 4,070 people have signed the petition.