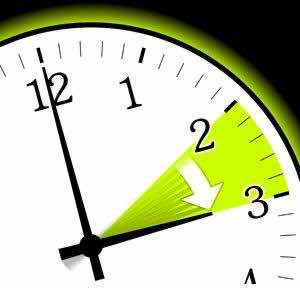 The standard time of the Kingdom will be advanced sixty minutes starting from Sunday, March 30, 2014 at two o’clock in the morning.

In a statement announced by The Ministry of Civil Service and Modernization of the Administrations on March 17, the change comes under Decree No. 2.13.781 dated 21 Dhou Al Kaada 1434 Hijri corresponding to September 28, 2013.

As in previous years, through this decision, the Government aims to increase the competitiveness of the national economy by reducing the cost of the energy bill and to facilitate transactions with regional economic partners, mainly Europe.