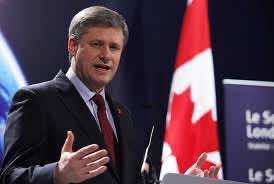 In a letter read out on Saturday evening at Dar Al Maghrib in Montreal, Harper noted that this event, held by Al Maghreb chamber of commerce and industry in Canada, is a great opportunity to underscore business and investments potentials existing in Morocco.

Trade activities have been considerably progressing in the late years, thanks to the excellent ties between the two nations, he went on, stressing that the Canadian government’s keenness to open new markets is behind the project to conclude a free-trade agreement with Morocco.

Themed “Morocco, a gateway to Africa,” Morocco’s year in Canada event will be held through December 31. It seeks to improve the contribution of Moroccan expatriates in Morocco’s economic development and give a chance to Canadian enterprises to get better access to the Moroccan market.