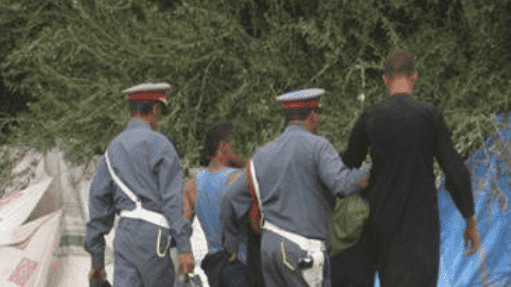 By
Aziz Allilou
-
Aziz Allilou is a student at the Higher Institute of Media and Communications (ISIC) and Morocco World News correspondent in Rabat.
Mar 30, 2014
Spread the love

Rabat- Three armed robbers were arrested and one gendarme lost his hand on Saturday in a clash between Royal Gendarmeries and an armed robbery gang near Sale, Morocco.

A five-man gang of armed robbers entered a textile company in Bouknadel, setting off a security alert. The robbers cut off a gendarme’s hand during the clash with security.

After weeks of planning, the robbers decided to carry out the robbery operation on Saturday. But as they broke into the target building, “they were surprised to find Royal Gendarmeries surrounding them,” reported Assabah.

According to the same source, the local gendarmeries had already been informed of the operation, and they decided to ambush the robbers and arrest them in the act.

The armed robbers resisted the security forces and used weapons, while the gendarmeries did not use their guns. Trying to deter the suspects’ from escaping, the gendarmeries were forced to endure a bloody clash, in which one of the armed suspects cut off a gendarme’s hand.

Eventually, the Royal Gendarmeries took control of the situation and arrested three suspects after reinforcements arrived, while two other suspects fled the scene.

The three arrested suspects admitted during police interrogation that the gang was behind many previous robbery operations on the same company, because it is in an isolated location.