Goulmima - Palestine has always been the motherland of martyrs and poets. Some of those poets wrote lengthy poems for it without even having seen it before. 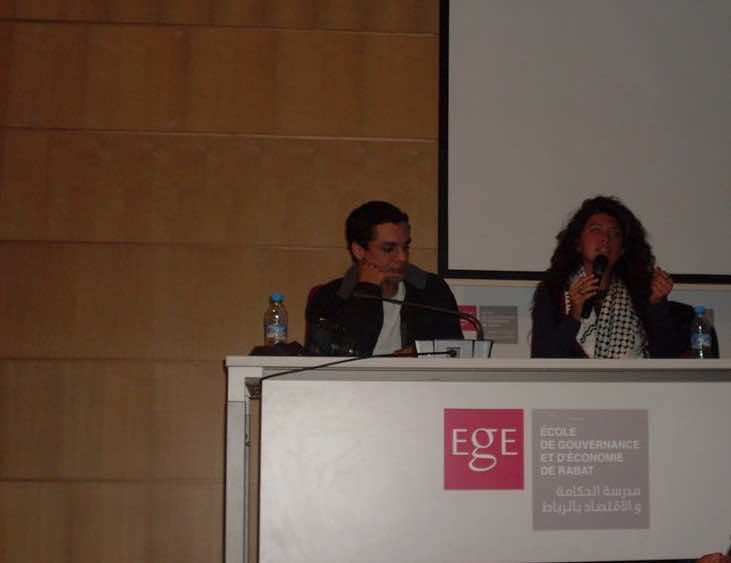 By
Mona Badri
-
Mona Badri graduated from King Fahd School of Translation with a Master's degree in Translation.
Mar 31, 2014
Spread the love

Goulmima – Palestine has always been the motherland of martyrs and poets. Some of those poets wrote lengthy poems for it without even having seen it before.

Farah Chamma, a Palestinian slam poet, who believes in the Palestinian cause, personalized her work to modernize poetry in the Arab world. Chamma made her words come to life during an electrifying performance at the School of Economy and Governance in Rabat, Morocco.

Thanks to her popular Arabic poems on Palestine, Farah Chamma gained a worldwide audience. Chamma is a Palestinian poet who was born in the United Arab Emirates. She is studying philosophy and political science at the Paris-Sorbonne University in Abu Dhabi. She was 14 years old when she first started writing poetry. She participated in several events around the world. She made her first appearance on stage as a performer in 2008. Her love of the spoken word continues to inspire youth around the world, including Moroccans.

Having written her first poems in English, the switch to Arabic enlarged her audience and Moroccans were very pleased to host her in a country where the Arabic language seems to flee people’s repertoires.

Farah Chamma is now on her “To North Africa” tour in Morocco. She was invited by Moroccan youth to perform her controversial poems in different schools in Rabat, Casablanca, Fes, Ouajda. The first leg of her tour in Rabat finally took place after a long struggle with Moroccan authorities, which refused to grant her a visa.

Farah Chamma’s visit to Morocco was rejected by the Moroccan embassy in UAE due to her Syrian travel document that does not prove that she is Palestinian, in addition to the fact that she did not provide any invitation from the host institutions in Morocco. When the Rabat-based School of Economy and Governance learned about the incident, it immediately sent her an invitation and mobilized people to support her.

Farah Chamma is Palestinian but she holds a Syrian travel document for Palestinian refugees, according to what she explained at the beginning of the ceremony in Rabat. 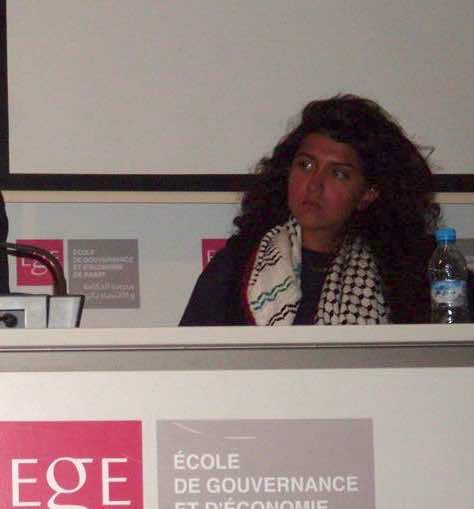 Chamma performed in Rabat with the Egyptian poet Ali Essam Emara. Moroccan rap singer Hamza Hachlaf, former member of the band L’Bassline, also attended the performance and diversified the panel. The three young poets marveled the audience and had them standing on their feet when they performed poems on freedom, sense of belonging, land, democracy.

Farah made it clear during the event that Palestine is a cause more important to her than simply land or country. Her poems are a message of love to a land she has never been to, but when she describes her love through her well selected and balanced words, it makes readers feel as if she had always lived there.

Moroccans who attended the event did not hesitate to exhibit their poetic skills. Most of the reactions during the discussion were poems praising Chamma’s work. Some attendees simply seized the opportunity to express themselves and read their spoken words in public.