Agadir - Inspiring or motivational quotes can really work out wonders with alert and attentive audiences that can positively project their visions and plans into the future. 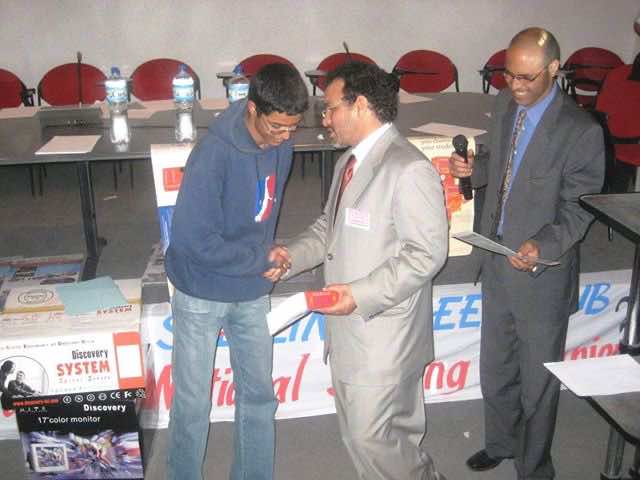 Agadir – Inspiring or motivational quotes can really work out wonders with alert and attentive audiences that can positively project their visions and plans into the future.

I remember when I was an exchange student at Highland high school in Albuquerque having had a deep appreciation that approximated veneration for the logo and accompanying quote the school newspaper used. It was an image of a light house with the following words inscribed next to it: “Give light and let people find their way.” This gives you a unique feeling that no bit of knowledge or a particular vision is imposed and you are free to go your own way, make your own choices and follow your own ambitions.

The light being all the knowledge and know-how one manages to equip himself with over study and training years, and the way being the choices one has to make along one’s life journey to meet objectives one sets himself to accomplish. Every time I read the school newspaper, the light house and the inscription retained my attention more. It is simple, easy to retain and very much promising. It provides room for thinking, re-thinking, choosing options then maybe making up one’s mind and deciding something else until enough light is shed on the chosen way to go.

It is in that school newspaper that I first came across spelling bee contests and championships in the US. The idea came to my mind back then that I had to do something similar when I get back to Morocco. I am talking about 1976, but it was not until 2002 that my project “Spelling Championship for Non-native Speaker contestants” came into light. The project received an award from the Ministry of education in Morocco that same year. In a nutshell, I did not want to copy the American version and paste it in the Moroccan context. Rather, I made the spelling championship’s scope wider by including all non-native speakers of English. Equally important, I varied the activities within the championship to include:

With the help of active and dedicated colleagues, we set to start this educational venture in Morocco as a first recipient to this exciting experience. What I had then in mind was to use the Moroccan model as a spring-board and later replicate it elsewhere where learners of English would be interested.

In my work “Spelling Championship Project for Non-native Speakers,” I have highlighted the different stages of the championship as follows:

– Inter- delegation competitions within the framework of  “Academies”

– Inter-academy competition within the national framework

The content students had to know or memorize ahead of the national championship were the lists of words provided at the index of each of the textbooks they used over the three year study at high school.

The different activities of the spelling championship were projected using PowerPoint on a screen behind the students taking part at the championship. Only the audience, of course could see the content presented in the various slides. A chronometer figures on slides with activities where speed and accuracy are most required such as with the jumbled up words for instance.

A jury of three teachers and a supervisor or two (at times) make sure that all phases of the championship are observed. The jury’s job is to score the different participants’ performances.

Up to the year 2008, “The Moroccan Spelling Bee Club Association” has organized national spelling championships in Morocco.

My convictions regarding the importance of handwriting and spelling skills were highlighted in the project where I stated the following:

“Very often lenience on the part of teachers vis a vis accurate handwriting and spelling skills at high school level breed a number of irremediably hopeless cases of students to be considered for higher education. As a matter of fact, focus at this stage is mainly put on the message regardless of the accuracy of that message. However if this is pushed a bit further as it may happen in some classes, carelessness may establish itself as a second nature and as a result, students may grow less and less attentive in their written productions.”

In the “Spelling Championship for Non-native Speakers,” I have equally stressed the importance of learning through competition as is stated here:

“……..because our handwriting is an essential part of our personality and because correct spelling reflects the degree of our mastery of the language, it is of capital importance to give our students some adequate training at these skills so as to equip them to meet the challenges of higher studies or possibly a job at which the use of the English Language may be required. The project I am putting forward concerns just one aspect; that of honing students spelling skills through competition.”

Over the years, The Moroccan Spelling Bee Club Association (MSBC) has managed to create parallel spelling contests for Middle schools as well as an Open-public Spelling Contests for university students.

The “Spelling Championship Project for Non-native Speakers” implemented by “The Moroccan Spelling Bee Club association” has successfully managed to raise educators, supervisors, teacher trainers, teachers and students awareness to the importance of accurate spelling for a successful education and subsequently successful careers for our students. It has equally managed to involve students from different nationalities residing and studying in Morocco.

Before the success of such endeavor, tremendous work has been done at the grass roots level by dedicated Moroccan English language teachers, supervisors, administrative staff and students of course.

Through this modest contribution to the Moroccan school, I hope, that we, my English Language teaching colleagues and I have managed to give some light to our students, the rest is for them to accomplish.