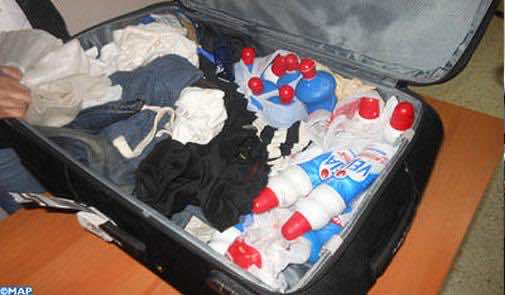 90 cocaine capsules, equivalent of more than 1.5 kg, were found in the first mule’s belly, while the second was trying to smuggle 10 kg of the hard drug hidden in glue sticks, a police officer told the press.

The third passenger was found hiding cocaine in 20 bottles of house cleaning products.

The quantity of seized drugs is worth 10,000 US dollars, he said, pointing out that the agents used body search, laser scanners and sniffer dogs.

This is the 7th foiled drug smuggling attempt through the Casablanca airport in the month of March.