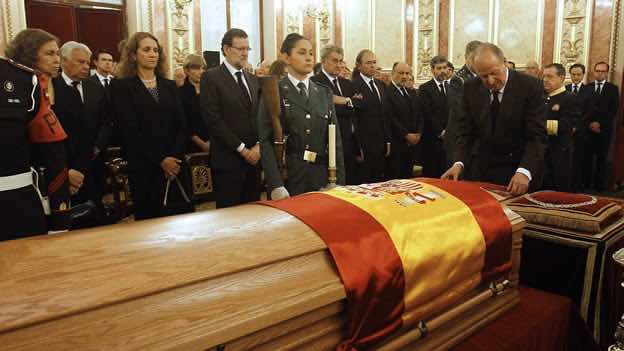 Madrid – Morocco’s presence in the state funeral organized in homage of former president of Spanish government and architect of democratic transition Adolfo Suarez, who passed away on March 23 following a long disease, is a testimony of the good relations between the two countries, said, on Monday in Madrid, Head of Government Abdelilah Benkirane.

“Upon the instructions of HM King Mohammed VI, I came to attend the state funeral in homage of former president of Spanish government Adolfo Suarez to confirm the good relations between the two countries,” Benkirane told the press before attending the funeral which took place at the La Almudena Cathedral in Madrid, under the chairmanship of King Juan Carlos I, Queen Sofia, the Princes of Asturias, and in the presence of the family of Adolfo Suarez, top officials of the Spanish State and foreign figures.

Through this participation, Morocco also wants to show its esteem for this figure who contributed to the democratization of the modern Spanish state and was a member of the Academy of the Kingdom of Morocco, added the head of government, noting that his presence at this ceremony is intended to express Morocco’s solidarity with the Spanish people after this loss.