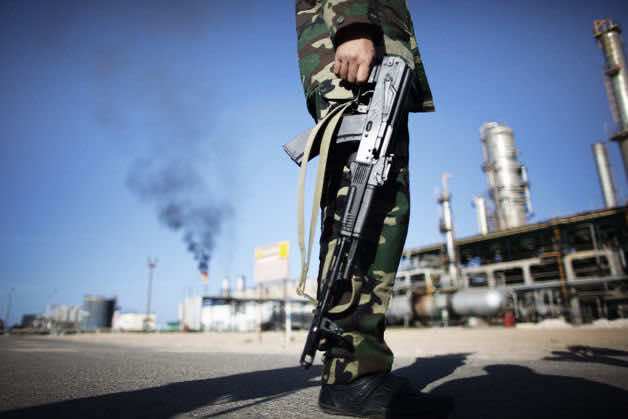 Libya, in a few months, went from the dictatorship of a megalomaniac pan-Arab leader into the dictatorship of militias, Islamic in their majority and maybe with megalomaniac chiefs, yet again. What happened in fact is that Libya the state, feared for unpredictability and, with mega million dollars readied for all kinds of causes worldwide, suddenly went tribal, which means that in the end this country will very likely break up into several provinces. Maybe it will be the first country to transition from a country proper back to a tribal conglomeration.

In Libya, there is a government that has, on paper, a police and an army, but this government exists only in Tripoli; outside of the capital, the country is ruled by the militias. Actually, the Libyan example is very close to the Somali experience. If the government fails in the months to come to assert its power on all the Libyan territory, the country will become de facto Somalia II, in the area. In principle, Libya is already another Somalia: the militias, in certain parts of the country, are already selling oil to foreign companies and pocketing the money to use for their own needs. Soon, these militias, if they have not already done so, will have their own government that will contest the decisions of the paper government of Tripoli.

Post-Qaddafi Libya is bent on becoming three countries or more, if nothing is done on the part of the Tripoli paper government. Indicators show that it is slowly fragmenting in three countries: Cyrenaica, Tripolitania and Fezzan. The only bold initiative that could ultimately reverse this motion is the creation of a federal government that would delegate home affairs to local governments. Will the Libyan political class opt for that or go the way of the irreversible fragmentation?

“Somalization” is looming over the Arab Spring countries

In conclusion, one can say that The Arab Spring has or is going the wrong way. Instead of delivering the much-needed democracy and social justice, it is triggering the fragmentation of countries like Iraq, Syria, Libya and Egypt, and possibly setting up a Somali-type of situation.

Iraq, though not a fully Arab Spring country is de facto three countries: the Shi’ites in the south, the Sunnis in the center, and the Kurds in the north. Iraq will never regain its unity for Nouri El-Maliki is not doing anything to keep the country united. For many Sunnis, his aim is to have Iraq or the Shi’ite provinces join Iran. However, though Iran would want that, it will be dangerous for the country to accept it in the sense that such an act would encourage the Kurds to create their own country, and their own Kurdish brethren in Iran and Turkey would want to join the new entity.  This could start the dismembering of Iran itself and problems for the whole region.

So far, the only countries that seem to be escaping the scenario of “Somalization” are Tunisia, which has produced a progressive constitution, and Yemen. If everything goes as planned, these two countries might become democratic in the full sense of the word and save the Arab Spring from total bankruptcy, but only time can tell.