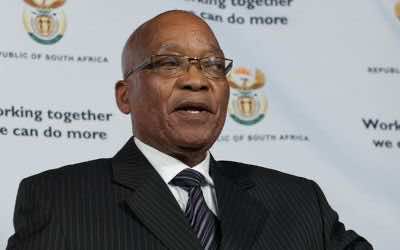 By
Aziz Allilou
-
Aziz Allilou is a student at the Higher Institute of Media and Communications (ISIC) and Morocco World News correspondent in Rabat.
Apr 2, 2014
Spread the love

While Algiers is busy promoting Boutaflika’s image in the upcoming elections, South Africa has replaced Algeria in its staunch defense of the Polisario self-proclaimed Saharawi Arabic Democratic Republic (RASD).

Objecting to the invitation of Morocco and Egypt to the two-day EU-Africa Summit, which opened in Brussels on Wednesday, President Jacob Zuma decided to pull out of the highest-level summit between Europe and Africa.

Jacob Zuma confirmed on Monday in a government statement that he would not be attending the summit, saying that “South Africa will be represented by the International Relations and Cooperation Minister Maite Nkoana-Mashabane,” according to Business Day Live.

According to the same source, Pretoria expressed outrage at Morocco’s participation in the summit, because Morocco is not a member of the African Union (AU).

Instead, South Africa and Algeria would like the so-called RASD to replace Morocco in the EU-Africa Summit, because it is an AU member.

The EU justified its decision to invite Morocco and Egypt, because the summit is called the EU-Africa summit, rather than the EU-AU summit.

Morocco is represented in EU-Africa summit by Minister of Foreign Affairs and Cooperation Salaheddine Mezouar. The two-day summit is to bring together African and EU leaders and the leaders of EU and AU institutions to cover issues including migration, trade and aid for peacekeeping.