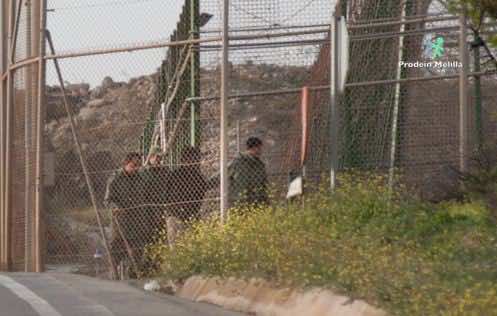 By
youssef sourgo
-
Youssef Sourgo is currently a Master’s student in Linguistic and Literary studies at Ain Chok Faculty of Letters and Humanities.
Apr 3, 2014
Spread the love

Casablanca– Units of the Moroccan Auxiliary Forces intervened last week in the Spanish exclave of Melilla to stop an onslaught of illegal immigrants. For a Spanish NGO, the intervention was rather an “invasion.”

Many Spanish media reported the intervention of the Moroccan Auxiliary Forces in Melilla to stop clandestine immigrants from entering the exclave on Friday, March 28.

A video made public by the Spanish NGO Prodein described the intervention of the Moroccan forces as an “invasion.”

The Spanish news agency EFE said the Spanish NGO Prodein condemned the Moroccan soldiers’ intervention in what it described as the “Spanish territory” in Melilla.

The Moroccan Auxiliary Forces intervened to restrict inflows of clandestine migrants to Melilla, a detail that was downplayed in the video shared by Prodein.

The EFE agency also reported that the Secretary in charge of the organization of the Spanish Socialist Party, Oscar Lopez, said on Monday that his party would request explanations from the Moroccan government on the intervention of Moroccan Auxiliary forces in Melilla.

But according to the El Pais, the Spanish government delegate in Melilla defended the action taken by Moroccan soldiers to arrest Sub-Saharan immigrants inside Melilla, adding that “this was not the first time Moroccan officers have crossed over to help Spanish authorities ‘rescue’ people trapped between the fences.”