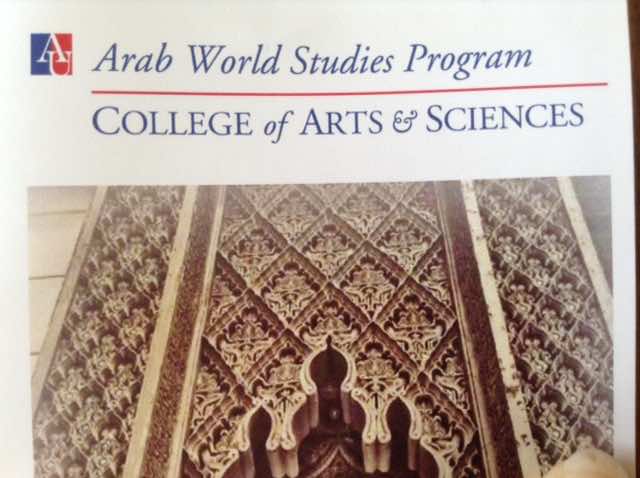 Professors, students, and honored guests gathered to celebrate the launch of a new major course of study offered to undergraduates by the College of Arts and Sciences (CAS) at the American University.

Dr. Mohammed Al-Sharif, Ambassador to the League of Arab States, presented the keynote speech, lauding the university for this important development at a critical time in Arab history, marked by revolutions in various countries under the so-called Arab Spring.

While the results of the Arab Spring “are not promising”for those states affected by it, he said, reforms have been undertaken in anticipation of avoiding revolution in the Arab countries that have not experienced the uprisings, such as Morocco, and such developments address civil rights, legal issues, and women’s rights.

On the theme of change, he noted that U.S. foreign policy has changed and is focusing more on religion.  For example, Foreign Service officers are now required to take classes in religion “with a focus on Islam and Muslims,”he said.  Every year the President hosts an interfaith breakfast with dignitaries from around the world.  In addition, there has been a “revival of the Middle East peace initiative pushed by the US.” He said that the new Arab World Studies Program will provide a vehicle for further understanding.

Dr. John Duke Anthony, President and CEO of the National Council on U.S.-Arab Relations (NCUSAR), and recipient of the Medal of the Order of Ouissam Alaouite, Morocco’s highest award for excellence, also remarked upon the value of the program in encouraging two-way intercultural and educational exchange and urged the Arab League to develop or partner with such programs to further understanding of Arab society and culture.

Professor Randa Serhan, the Director of the new Program and a graduate of the American University of Beirut, explained that the new program is focusing on “Arab”rather than Middle Eastern studies due to the unique history and culture of the Arabic-speaking countries.

Housed in the Department of Sociology, the program takes into consideration the organization of everyday life, literature, film, religion, gender, and history of the region, and will draw upon the resources of other schools within the university, such as the School of International Studies (SIS). Attending the event also was Driss Alaoui, Counselor to the Embassy of the Kingdom of Morocco.