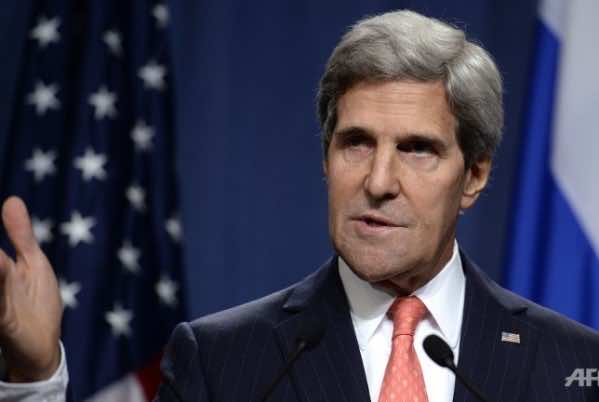 By
Aziz Allilou
-
Aziz Allilou is a student at the Higher Institute of Media and Communications (ISIC) and Morocco World News correspondent in Rabat.
Apr 4, 2014
Spread the love

Rabat- On the eve of John Kerry’s visit to Morocco on Friday, Reporters Without Borders (RWB) has sent an open letter to the U.S. Secretary of State, urging him to raise concerns about the freedom of information in Morocco in his talks with officials.

The letter contains the abstracts of RWB’s report on Morocco from its Press Freedom Index.

Ali Anouzal was arrested last September after he published a video on his website Lakome which the Moroccan government deemed promoted terrorism. Lakome’ remains blocked in Morocco, although Anouzal has petitioned the prosecutor’s office to remove the restriction.

In reference to these judicial proceedings and the censorship of Lakome, RWB stated in the letter that “this isthe result of a political and arbitrary decision and therefore constitute grave violations of the right to freedom of information.”

In the letter, RWB reminded Kerry that Morocco has been ranked 136th out of 179 countries in the 2013 Reporters Without Borders Press Freedom Index. The organization stressed that “this situation is the source of a number of other concerns that require concrete measures by the authorities in order to improve respect for the right to inform and be informed.”

Reporters Without Borders said that “Media offenses urgently need to be decriminalized both in the press code (article 41) and in the penal code (articles 179, 54, 65 and 66), but without any resulting increase in the size of fines, which must continue to be proportionate.”

In this regard, RWB said that the law must “clearly and precisely define these offenses, especially “insults” and “grave insults,” which are extremely subjective and give the authorities, especially judges, a great deal of scope for arbitrary decisions.”

US Secretary of State John Kerry, who paid an official visit to Algiers on Thursday, arrived in Rabat on Thursday evening. He is expected to hold to talks with his counterpart Foreign Minister Salaheddine Mezouar as part of the strategic dialogue between the United States and Morocco.