Goulmima - Music industry has become an absurd field that was subjected to commercialization and singers’ objectification. The huge budget that is spent on video clips today suggests evanescent and content-free lyrics, in case there were any. 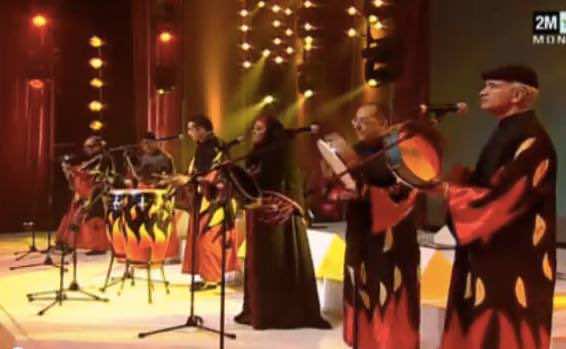 By
Mona Badri
-
Mona Badri graduated from King Fahd School of Translation with a Master's degree in Translation.
Apr 7, 2014
Spread the love

Goulmima – Music industry has become an absurd field that was subjected to commercialization and singers’ objectification. The huge budget that is spent on video clips today suggests evanescent and content-free lyrics, in case there were any.

Astonishingly, music in the past used little budget and produced eternal hits- It is true that comparison between the past and today does not pay justice to evolution, but some music names resisted time and went beyond comparison to become immortal despite of the makeshift circumstances where they appeared.

“Dar Chebab” or the Youth House has always been the primary public institution for youth throughout Morocco, welcoming their talents and offering them a space to unleash their passion. Dar Chabab in Hay Mohammedi in Marrakech hosted a kick-off for the band Lemchaheb.

Birouk Saida and the Bhiri brothers formed a group initially called “Tyour El Ghorba” in Marrakech. From Hay Mohammedi in Marrakech, the young talents traveled all the way long to Hay Mohammedi in Casablanca to meet up with El Bekhti in 1973 who was himself a former member of the band Tagada and who was famous for helping start up bands and singers.

Coincidence played an important role in the formation of Lemchaheb. Their meeting with El Bekhti was timely, since he had just been approached by two other young men from Casablanca for the same purpose. Shrif Lemrani and Hamid Boulmane were influenced by the Moroccan Rock band Golden Hands and the Migri Brothers in the city of Ouajda and they asked El Bekhti to join them in strating a band that would make similar music. El Bekhti suggested that the band be more Moroccan, thinking that the more the songs sounded Moroccan, the greater the chance that their music would be successful. The musicians adopted the idea. El Bekhti’s connections helped to enlarge the network of the newly made band after he gathered the Bahiri brothers, Saida Birouk, Hamid Boulmane and Shrif Lemrani. These young people were influenced by Nass El Ghiwan’s phenomenal songs and they aspired to accomplish similar success.

Like any start-up band, members dropped out and others joined. The official founders of Lemchahebb were Jdid Mbark Shadli, Shrif Lemrani, Birouk Saida, Mohammed Batma and Sousdi. They recorded their first album in May 1st 1974. However, this lineup changed when Saida Birouk left the band after she married Moahmmed Batma and became pregnant. The band had to find another member to replace her; it was then that they met Hemmadi.

Despite the fact that Nass El Ghiwane and Jil Jilala were already on the scene and had a very wide following, Lemchaheb did not hesitate to make a name for itself in the competitive atmosphere. The new band considered their image and matched their name with an outfit. Lemchaheb-the shooting star- chose a flame design on their black Chinese kimono-like outfits. Shrif Lemarni made the design himself and his mother sewed the outfits that marked their performances.

When Shadli, Batma or Sousdi composed a song, the whole band contributed to its editing in a democratic atmosphere. The band combined a philosophical Zajal –popular and folk poetry in Moroccan colloquial Arabic- and an original music style.

Shrif Lemrani was the band’s leader. He invented his own nine stringed instrument which he called “Mandolin Cello.” A descendant of an artistic family, Shrif’s father was the composer and the leader of the orchestra in Wehran, Algeria, Shrif continued to study music after they settled in the city of Oujda in Morocco. Lemchaheb’s use of a variety of instruments made their music easily recognizable. They fused the Western notes represented by the magical invention of Shrif’s mandolin with Moroccan Bendir- drum.

Lemchaheb coincided with the peak of political awareness in Morocco. The 1970s were characterized by a hippy mentality and political activism. University students started to sing the band’s songs whicn contained serious social and political messages.

The young artists received an offer from the German World Fusion band Dissidenten to join them on an album which they joined willingly. However, their music stagnated in late 90s especially after Shrif moved to Tunisia for a long time and El Bekhti left for the United States. Mohammed Batma passed away in 2001. Shrif, desperately trying to resurrect the glory of Lemchaheb, formed a new band called “Lemchaheb Music” in 2003 with which he gave one last performance. In 2004, Saida was back on stage after 30 years to perform with Sousdi, Hemmadi, and Shadli. The whereabouts of Shrif’s mandolin remains uncertain.