Washington DC -- The nomination of Moha Ali Takma as Morocco’s ambassador to Ethiopia, as reported by the website goud.ma, raises the delicate subject of ambassadorial selection and its impact on Morocco’s diplomatic performance especially in Anglo-Africa and Latin America. 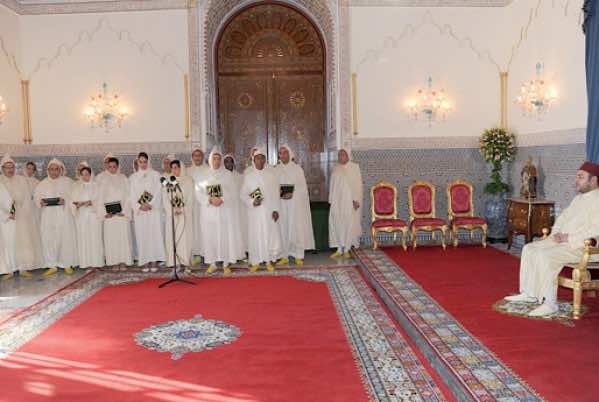 By
Hassan Masiky
-
Hassan Masiky was born in Kenitra, Morocco, and is based in Washington as a blogger and freelance writer.
Apr 7, 2014
Spread the love

Washington DC — The nomination of Moha Ali Takma as Morocco’s ambassador to Ethiopia, as reported by the website goud.ma, raises the delicate subject of ambassadorial selection and its impact on Morocco’s diplomatic performance especially in Anglo-Africa and Latin America.

Considering Rabat meager political showing in some key African and Latino countries, it may be time to find a better way to insure that the “right” diplomat goes to the “right” capital.

Criticism of new ambassadors is usually muted in Morocco. The fact that these diplomats represent the King makes disapproval of the nominees a touchy subject. Yet, The King receives suggestions and relies on his advisors, who scrutinize the name of his future emissaries, to make final and suitable decisions. Consequently, the feeble performance of some high ranking diplomats is due  to a broken vetting process.

The choice of the seventy year old Takma for a difficult post doesn’t help Morocco advance its plan for the Western Sahara in the country that hosts the African Union (AU) headquarters. Addis Ababa is known for its anti-Morocco position, thus Rabat needs a young energetic ambassador familiar with African politics, the AU interworking and Ethiopia’s political, ethnic and religious system. Mr. Takma is hardly the right choice.

The problematic choice for the Morocco mission in Ethiopia is, unfortunately, not an expectation. Several important and difficult capitals remain out of reach for Moroccan foreign ministry officials. Abuja, Pretoria and Mexico City are few examples where Moroccan diplomats consistently struggled and yet Rabat kept the same failed strategy.

These capitals don’t have to be hostile territory where Algerian and Polisario representatives roam free while Moroccan diplomats are nowhere to be seen. Judging from press reports, Algeria-backed Polisario emissaries are omnipresent in the local media while Morocco’s version of the Sahara conflict is rarely represented.

The most disquieting aspect of Morocco’s foreign policy toward  countries like South Africa, Nigeria, Ethiopia and Mexico remains the fact that despite these nations’ active and open hostility toward the Kingdom, Morocco has  embassies in their capitals and Rabat host their ambassadors.

This policy would work if Moroccan diplomats were actively working to change the hearts and mind of these important capitals. For now, Rabat is winning the small battles but struggling in the big ones.

Mexico is influential in Latin America while Nigeria and South Africa have a big sway in the diplomatic positions of several smaller English speaking countries in Africa. So, it is essential for Morocco to send competent and qualified emissaries to these regions.

Sending clumsy ambassadors who use talking points during interviews in hostile countries hurts the image of the Kingdom and weakens its positions on the Sahara dossier. In some cases, the wrong choices do more to exacerbate the divergence of positions with unfriendly governments.

Requirements for would-be ambassadors should be related to their expertise and not their connections or their place of birth. Morocco doesn’t have to select ambassadors who are native of the Sahara or former Polisario rebels for postings in “delicate” capitals. This policy has proven ineffective since it did not produce the desired results. Capable, well-trained diplomats, chosen on ability will solve many of Morocco’s’ diplomatic woes.

Given Algeria’s relentless campaign to discredit Morocco’s positions on the Western Sahara, Rabat should choose ambassadors who are experts on their country of assignment. The Kings emissaries to trouble spots should be foreign ministry professionals with expertise on the political scene of various countries and knowledgeable of the Sahara dossier.

Morocco is rich in young competent talent. It is time to make ambassadorial choices based on qualifications, foreign language proficiency, knowledge and familiarity with host nations. The Sahara needs skilled diplomats with a good understanding of Morocco’s interest and a dose of nationalism.