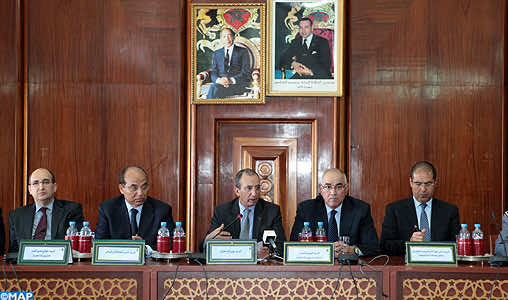 The minister, who chaired a working session at the headquarters of the Casablanca’s Wilaya, in the presence of minister delegate for the interior, wali (governor) of the greater Casablanca, told the press that the meeting was an occasion to discuss a number of matters to reinforce citizens’ trust in security services.

Afterwards, intervention actions will be immediately taken in all black spots in terms of security, he said, underlining that the results of these measures will be soon seen on the field.

He added the number of members of security services will be increased on a yearly basis in big cities and villages as well, calling on security services to take preemptive measure to prevent the formation of gangs.

Hassad noted that it is incumbent on local committee to set the necessary concrete measures to guarantee security, adding that each committee was tasked with examining the exact current security situation and taking immediate measures in consultation with all parties concerned.