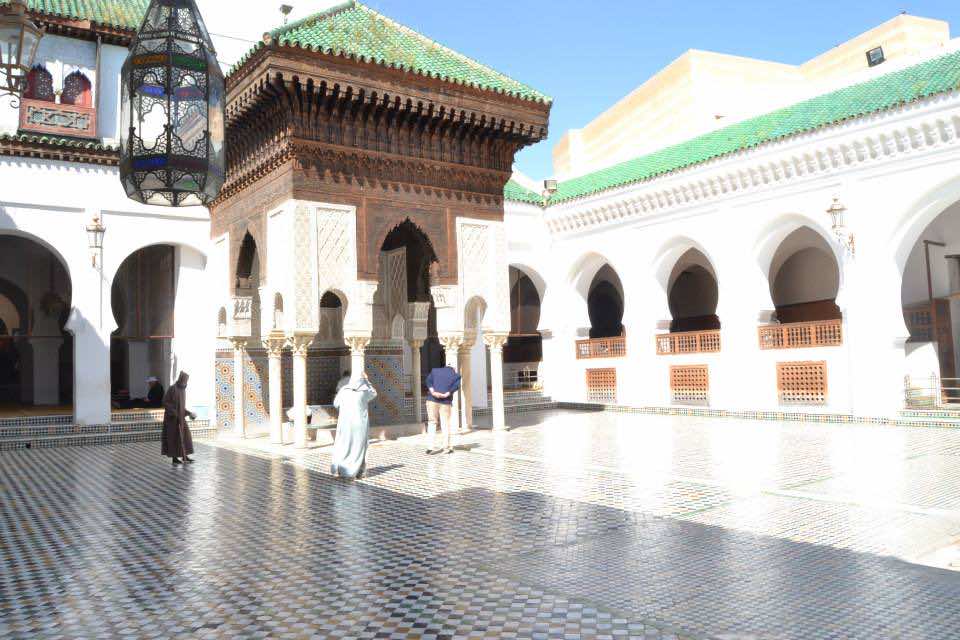 As it shall later be seen, belief is a powerful tool that has been the leading light for some people and the deadening doom for others for many centuries.

Humans seem to have the habit of overlooking history’s lessons. The phrase “history repeats itself” is profoundly valid in many ways. We see events of our present occur in ways that are strangely similar to past events. Only people, places and dates change, but the idea is there- that history is another portal to the future.

Only, to what sense exactly? When can we determine that an action has a certain implication on the future?

You could call it fate, destiny, God’s will, chance, karma or any of those flowing terms, but the fact is this: history’s doings are viable into the future. Perhaps it is a far-fetched notion, of which going into detail can only lead to a complicated labyrinth of more complicated questions.

Does that make us a lesser race- that we only, quite unwillingly, reproduce in deferent cloned shapes what already happened? Does this converge on the ideas of ingenuity, genuineness and productivity?

The wheel of civilizations:

After clearing out the idea of the “presence” of history in the future, let us tackle one of the core elements of history: civilizations.

When tribes of men became more and more complex, allowing different relations?boosted by increasing population?with other tribes and within themselves, humans had then evolved to form what is called civilizations, capable of mainly producing goods that support that human being.

History also taught us how civilizations, throughout the timeline of existence, were doomed to eventually crumble. As many anthropologists pointed out, I compare the march of human civilization to a walk up the hill. It is easy as you begin the climb, but it gets more and more difficult as you reach the top and breathe the free air. No matter how much time you spend there you’ll have to come down from the top sooner or later. The same thing goes for the development of civilizations; they become increasingly strong with obstacles on the way until they reach their high triumph moment at the top, and they meet their doom to fall at some point.

A simple look at history’s victorious civilizations proves this approach. Egyptians, under the reign of pharaohs, once reached a high level of social, artistic, architectural, and medical advancements that we still marvel at today. Then came the Sumerians who invented writing, and later Babylonians boasted with their science and development to other nations, along with Hammurabi who coded the first acts of law. Phoenicians came along and gave us the alphabet. The Greeks came next and took advantage of the warring Asia, while the pyramids started to show the first signs of decay.

There are countless stories to be told about Greece, and the many things we hold as norms today can be traced back to the Greeks and the Greek language. Then the Romans rose by a mere accident and learned greatly from their closest neighbor, Greece. Then it led the world in the same way their predecessor civilizations: by the edge of the sword.

For matters of brevity, the trail of human civilizations can be traced from there on. What I want to follow here is that all these civilizations supported one thing: human existence and perseverance, and each one could not do it on its own either. It is like a torch race, each civilization holds the torch for a little bit of time and has to pass it down for the next one to reach the peak. The torch is human existence, knowledge and leadership. It also has not come at a cheap price. Many billions of lives, innocent or guilty, perished during this process.

After this condensed summarization of human civilizations, we reach a crucial question:

Which civilization today holds the reins of human existence? Which is the one that is standing on top of the hill?

Time has changed drastically ever since the times of the Egyptians and the Greeks, and human knowledge and leadership cannot be located at one particular group of peoples as the world is now more connected and globalized than ever. It is the European and west-European countries who hold the torch. One can only compare the situation of the once triumphing civilizations to the West’s now. The huge difference might startle you.

Every year, dozens of scientific, medical, and social goals are achieved. From the discovery of the Higgs Boson, breakings in artificial intelligence and the rover Curiosity, to the leading women, and other significant social achievements. The list goes on and on, but we can conclude how powerful the West has become after it once sunk in the dark bogs of ages, while Asia and East-Asia were having their time.

Now, apply The Hill concept to the state of the West. Sooner or later (could be years, hundreds, or even thousands years from now) it will diminish in favor of another civilization, which had been sleeping and watching the West in wonder.

By this time now we’ve reached the far future. The West is already driven by a wonderful thing called Science- it drew it form the clutch of the church and religion in general and it mostly, after Darwin, abandoned religion in favor of science. I predict that, in the far coming years, the West will completely shed its last feathers of religion and turn into a newborn creature; a phoenix that will rise from the ashes. Religion will then become a peculiar thing to think of. It will be treated the same way we treat sorcery and magic, and everyone who is caught believing in a religion will be considered a circus showcase.

The question to close with, is what will happen to the puppets of lesser nations that have multiple profound religions? Will they abandon their own in favor of the powerful science? Or will they hold on to it no matter how much it hurts, like a firebrand? That remains to be seen, for the answers are not provided with certainty, but I can provide this: since the leading approach of the West will be atheism, a huge part of our human deposit will be lost. It can neither be measured with pounds or meters nor with money. We will lose our connection with the past?with history?where most of the human feelings and expressions, in its diverse meaning that defined our social behavior, came from religion, or at least from a spiritual origin. Spirituality allowed us to form strong social bonds within society. Without it we probably wouldn’t have made it here, and yet we are starting to ignore it? It made us connect with the human entity and celebrate life at it is. There existed traditions that celebrated the mystic, chanting side of the human creature. Spirituality has always been part of our life.

Despite the many loopholes religion (spirituality in general) contains, it has in many ways made us what we are. And one cannot be so sure of the coming formula because as history taught us, human behavior is full of surprises.