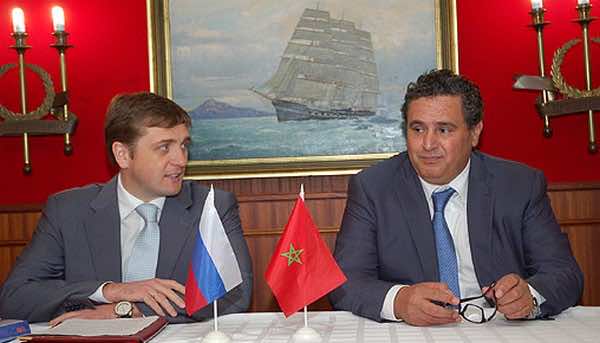 Agadir – The 2nd Morocco-Russian joint committee on sea fisheries opened, on Monday in Agadir, with the aim of evaluating the implementation of the fisheries agreement concluded by the two parties, a year after its enforcement.

At the opening of the session, agriculture minister Aziz Akhannouch lauded efforts made to ensure an ideal implementation of this agreement which contributes to fostering cooperation ties between the two countries, while respecting the strategic broad lines of the Halieutis Plan and its various programs.

Russian counterpart Ilay Shestakov hailed the holding of this joint committee which is part of continuous consultations between the two sides.

Morocco and Russia concluded in February 2013 a new fisheries agreement for a period of four years, the sixth since 1992, under which ten Russian fishing vessels are allowed to enter the waters of Morocco against an annual financial compensation.