Taroudant, Morocco- According to a new study published on April 4 in Mayo Clinic Proceedings, the health benefits of infant male circumcision immensely outweigh the risks involved in the procedure. 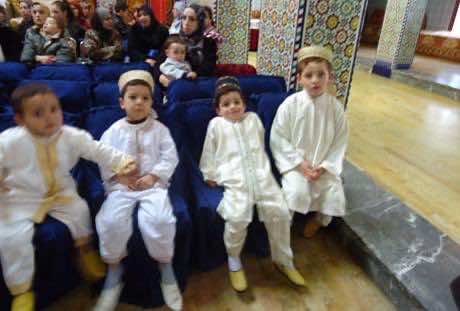 By
Larbi Arbaoui
-
Larbi is a freelance writer and assistant editor at Morocco World News.
Apr 8, 2014
Spread the love

Taroudant, Morocco- According to a new study published on April 4 in Mayo Clinic Proceedings, the health benefits of infant male circumcision immensely outweigh the risks involved in the procedure.

“A risk-benefit analysis of conditions that neonatal circumcision protects against revealed that benefits exceed risks by at least 100 to 1 and that over their lifetime, half of uncircumcised males will require treatment for a medical condition associated with retention of the foreskin,” the study confirmed.

“The benefits of circumcision begin in the neonatal period by protection against infections that can damage the pediatric kidney,” and “that neonatal male circumcision is cost-effective for disease prevention, according to the same study.

The authors Morris BJ and Wiswell TE conclude that the benefits of circumcision, a common practice in the Islamic and Jewish societies at an early age, include reduced risks of urinary tract infection, prostate cancer and sexually transmitted diseases.

The lead author, Brian J. Morris, emeritus professor of medical sciences at the University of Sydney said: “Circumcision is a biomedical imperative for the 21st century,” and the procedure carried at an early age is likely to protect the circumcised.

He added, “Male circumcision is in principle equivalent to childhood vaccination,” and any delay puts the health of the child in danger.

The study says that the circumcision of newborn boys “should be part of public health policies.”

In 2012, and for the first time, the American Academy of Pediatrics said, “The preventative health benefits of infant circumcision clearly outweigh the risks.”

Circumcision is the surgical removal of the foreskin, a small fold of skin that covers the tip of the penis. Traditionally, in Morocco, an expert practitioner, a common person who gained his expertise only through practice, performs circumcision at home few days after birth but recently parents entrust their sons to surgeons.