Fez - Returning home to live in your own country after a long time dwelling abroad for whatever reason — vacationing, a self-discovery trip, a pursuit of knowledge journey — can be fraught with hardships, to say the least.  For one thing, you can experience what you might call a reverse cultural shock. 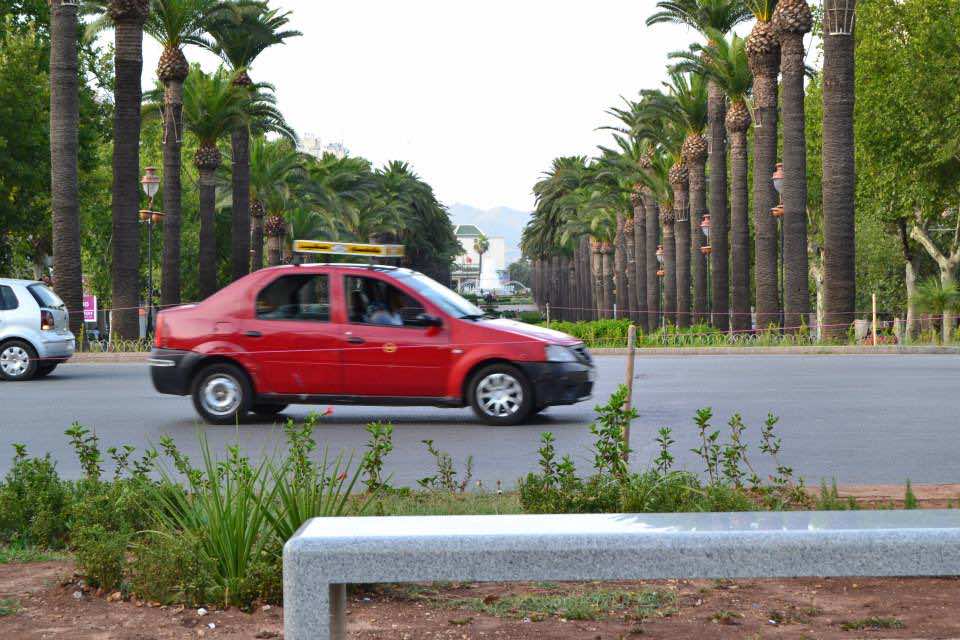 By
Adnane Bennis
-
Adnane Bennis is a national of Morocco, obtained his Bachelor’s Degree in Computer and Information Science from East west University in Chicago.
Apr 9, 2014
Spread the love

Fez – Returning home to live in your own country after a long time dwelling abroad for whatever reason — vacationing, a self-discovery trip, a pursuit of knowledge journey — can be fraught with hardships, to say the least.  For one thing, you can experience what you might call a reverse cultural shock.

Things that are routine to you abroad might seem abnormal to your new surroundings at home; habits and routines that are part of your every day existence may not be appreciated or they may be misunderstood, seeming strange or weird in nature. Questions like “who am I?” and“why do I seem foreign to my own culture?” consume your daily reflections. This is what I encountered in my first few months as an expat returning back to my home country of Morocco after 13 years.

One such encounters was a conversation I witnessed between two British people in Casablanca during a leadership workshop I was part of. “Welcome to Morocco,” — meaning don’t be surprised — a British resident told his compatriot, after listening to his first cab experience in Casablanca: “I rode a cab with an obnoxious driver who tour me around the city. I couldn’t tell whether he was lost or he deliberately took the wrong route. What a waste! It was such an experience,” he complained. 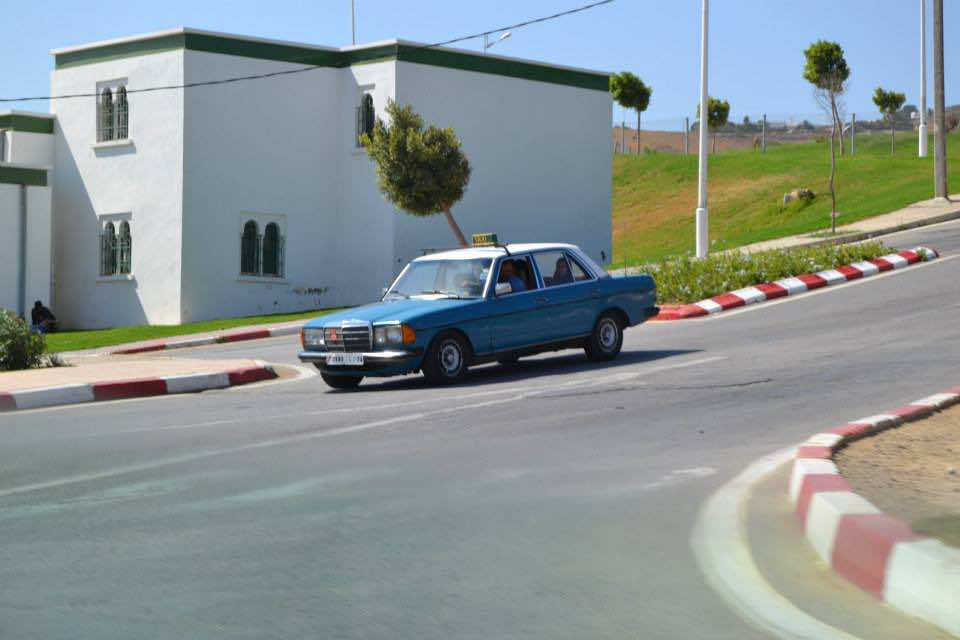 Riding a cab in Morocco is an experience so enriching in social and cultural interactions, but it can also be a nightmare one cannot forget. Taxi drivers are ambassadors of their cities. They are fellow Moroccans, middle class citizens who are hustling to make ends meet. Their service might seem unappreciated and unworthy, yet in reality, they are the engines that keep a city running. Holding discussions with them will, to some extent, put you in direct contact with how society thinks and perceives reality.

While in a cab going on an errand, we were stopped at an intersection in la Ville Nouvelle in Fez. After the usual nonsensical honking that is expected in every similar situation on Moroccan roads, a habit so ingrained in almost all Moroccan drivers, it appeared that a driver was trying to park his/her car causing the upset and “chaos.” Now this was a normal activity that should not create animosity and extreme reactions. But, Moroccans are so impatient that they can’t resist waiting without raising voices, yelling, insulting, honking, and doing all other facial expressions and body language; you name it, they do it.

At that moment, I thought that the incident had ended and that my trip would resume its normal course. To my surprise, the cab driver who was a detail-oriented individual, noticed that the driver was a woman in her early thirties.  He started murmuring, humming and nodding his head as a reaction to what he called “women driving.” I don’t understand why such a normal activity creates such unpleasant reactions. Has the level of people’s indignation and disgruntlement reached the threshold, causing them to lash out and despise one another for no serious reason? Or is it a matter of mentality — an obsolete mindset of recklessness and self-victimization?

The “blame it on someone else” mentality is widespread in Morocco and in all other developing countries. Usually people talk to each other, to themselves sometimes, pointing with their index fingers, putting the blame on “the other.” Men blame women, women blame men, teachers blame students, the unemployed blame the government… This is a vicious circle in an endless tit-for-tat game, seemingly used as cathartic relief. Normally, nobody feels that he or she somehow shares the blame or responsibility for any of the chaotic situations he or she encounters. 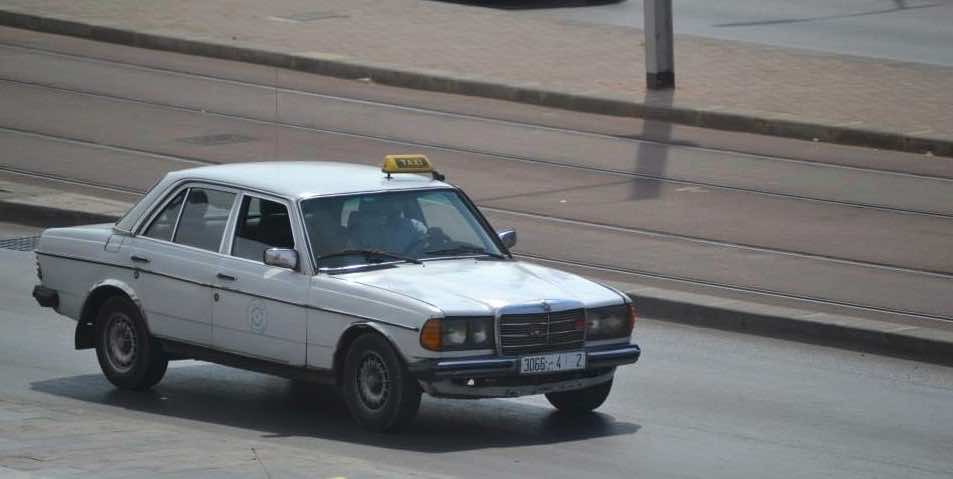 Back to my cab ride, Mr. cab driver could not swallow the fact that he was being stopped by a woman.  What if he were stopped by a male driver? Would it have changed his infuriated cynical reaction? “Oh man! She left us waiting for a long time,” he told me in a raised voice reflecting the extent of insult this had caused to his dignity. He continued: “What made me furious is the fact that she acted normally [raising a high five] as if nothing happened, as if we all work for her.”

I tried to interrupt his histrionic vocal whining to save the rest of the trip from being nothing but a complaint session with me playing the role of a psychiatrist doomed to listen to his client. “Put yourself in her shoes,” I said. “Don’t you just stop anywhere at your convenience?  Don’t you disrespect all traffic codes, recklessly racing against everybody?” I asked him. I thought I would put some balance to the conversation and raise the question of equal treatment, equal use of public property. To no avail. I failed in convincing him that women have the same right as their male counterparts to use public facilities as they see fit as long as they abide the law.

The answer I received from the taxi driver was quite shocking, yet plainly true. “The law is in Canada!” he replied with a mocking tone. I was awestruck and in shock, not for the insanity I was witnessing, but for the truth this driver was spontaneously revealing to me, and which I saw but could not understand. Usually, taxi drivers in Morocco, a large number of them, have their own conventional laws; acceptance and/or refusal of service depends on their mood at the time. Try to raise the question of respecting the high authority of the law, or the fundamental principles of civic obedience and customer service [nonexistent], and you will be amazed by the negative responses, and most likely be exposed to mocking and disdain.

The rule of law is almost none existent in Morocco. The kingdom is home to thousands of laws regulating the social, economic, cultural, and political life, but they are not all respected or perhaps only partially respected by people, nor are they enforced by the government. In theory, Moroccan laws and codes are mandatory and must be respected by all citizens regardless of their rank, social status or gender; but reality tells a different story. It seems that laws are optional and that citizens are given the freedom of choice whether to abide by their provisions or to break them at their convenience. This is one of the very few freedoms Moroccans, all of them, equally enjoy and practice on a daily basis without emphasis on ideology. Everybody blames corruption for the lack of responsibility toward public good and lack of accountability for public officials. This is strange! Nobody thinks he or she is the fuel of the corruption wheel for one’s ubiquitous complacency, apathy and indifference.

The fundamental principle that nobody is above the law must practically be implemented in this country. Yet, without a strong and free legal system, that guarantees equal treatment to all citizens, principles that are veritable parts of civility are exponentially diminishing. This gives free reign to new cultures to gain a foothold and prevail — negative  cultures that revere arbitrary governance where citizens take matters into their own hands. Unless the judiciary is independent and authority is strictly enforced, anarchy will reign.  And in patriarchal societies like Morocco, women are the first victims of anarchy.