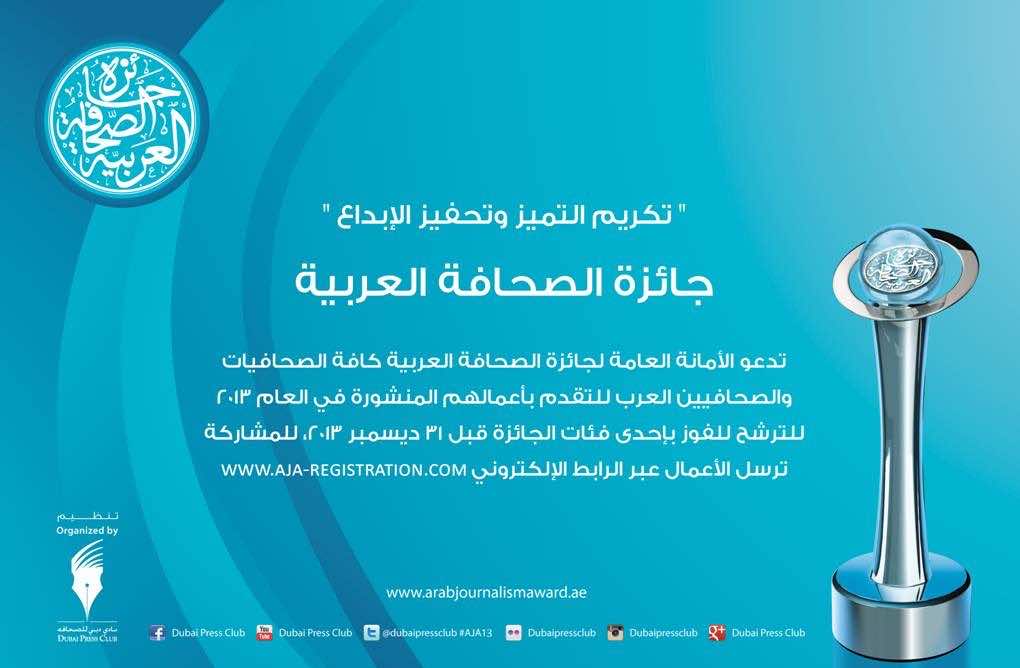 By
Mona Badri
-
Mona Badri graduated from King Fahd School of Translation with a Master's degree in Translation.
Apr 9, 2014
Spread the love

Rabat- Six Moroccan journalists have been nominated for awards at the 13thannual Dubai Press Club’s Arab Journalism Awards that take place on June 21, 2014, in Dubai.

The Club announced the 36 contestants competing for awards in different categories on April 7th, according to local media.

“There is a fierce competition among the different categories, with 9.3% higher candidatures than previous awards,” according to the director of the Arab Journalism Awards, Mona Bousamra. “Contributions exceeded 4,500 entries breaking the record since the competition started in 1999”  She added that, “There are 11 competing categories, and the committee did not eliminate any of them this year given the high quality of articles that were eligible to compete in each category,” reported local media.

The Moroccan journalists are competing in two categories: the Arab Journalism Award for Youth and the Award for Humanitarian Press.

The nominees for the Arab Journalism Award for Youth include:

Mohammed Abou Qamar, a journalist at the Palestinian newspaper Arrisala.

Rajaa Bettaoui, a journalist at the Moroccan daily: Maghreb Al-Yaoum.

Imad Stitou, a journalist at the Moroccan online newspaper: Hespress.

The nominees for the Humanitarian Press award are:

Hiba Saleh, a journalist at the Egyptian newspaper Al-Ahali Al-masriya.

The Dubai Press Club was founded by the Vice President of the United Arab Emirates, Sheikh Mohammed Ben Rashed Al-Maktoum, who sought to create a platform for journalists and media professionals to debate issues from different angles and on different levels. The Awards were first launched in 1999 to reinforce the advancement of journalism in the Arab world and recognize journalists who make borders between countries invisible and deliver information honestly and accurately.