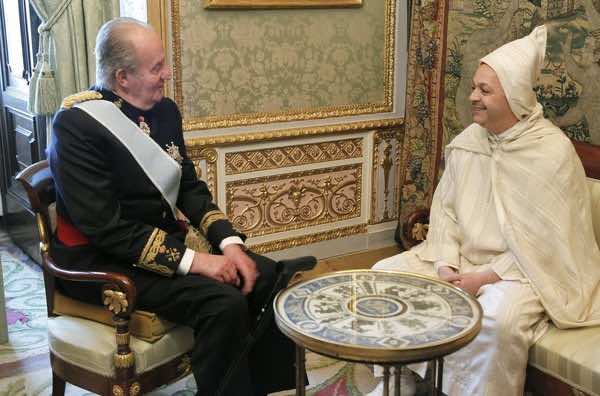 Madrid – King Juan Carlos 1 of Spain is “committed to the development” of the existing excellent relations between Morocco and Spain, said Wednesday in Madrid, Mohamed Fadel Benyaich, Ambassador of King Mohammed VI to Spain.

“His Majesty King Juan Carlos has underlined his commitment to developing bilateral relations” in order to strengthen them at all levels, said Ambassador Fadel Benyaich in a statement to the press following his meeting with the Spanish sovereign to present his credentials as the new Ambassador of the Kingdom to Madrid.

On this occasion, the Moroccan diplomat said he discussed with the Spanish Sovereign and Foreign Minister, José Manuel García- Margallo, a number of issues concerning relations between the two kingdoms and means to give a new impetus to bilateral ties, especially in the economic, cultural, and social fields.

He said he was tasked by King Juan Carlos to convey his “respectful greetings” to the King and his consideration for the initiatives undertaken by the Sovereign for the development of the Kingdom.